Republican voters fall for Authoritarian, one party rule Rants by Walker, Kleefisch, and love it!

Conservative voters are more determined now, than ever before, to win the recall elections. That’s the message I’m getting from my conservative Milwaukee friend, who easily discounts the John Doe investigation, public lies by party leaders about job creation, the mistakes made about high speed rail, reneging on the Talgo contract, mining, cuts to education and the total lack of health care reform (public or private).

Like many Republican, he just wants to win. That’s all. My gut feel tells me that’s all that really matters. In their world, if you challenge their one party ruling authority, you'll lose. 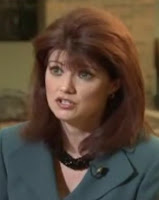 Check out the latest rant from Lt. Governor Rebecca Kleefisch, where dissent has no place in the public debate:

Politico: Lt. Gov: Unions 'weaponized' recall … if she loses in the separate June 5 lieutenant governor’s recall election to her expected challenger Mahlon Mitchell, the president of the Professional Fire Fighters of Wisconsin, Kleefisch warned that “big union bosses” will use the post as a “bully pulpit” to dominate the state’s government.

Did she just say an opposing opinion wasn’t welcome? Domination by big authoritarian government officials is so much easier to manage:


“If he instead has a union boss in the lieutenant governor’s office … our governor will face non-stop harassment and our media will elevate this to a two-year gubernatorial debate on the nightly news.”

We would hate to see any kind of media coverage, or public debate, over the future of our state.

And yet, clueless Kleefisch talks about how “purple” the state is. I think she missed the part where it isn’t anymore?

“Wisconsin is a purple state —we need to make sure that momentum is on the side of our Republican nominee,” she said. “The best, most effective way to build momentum is to win this recall on June 5.”

Still not grasping the idea that their actions forced the public to pursue the recall elections, Kleefisch and Walker pretend, and project, that it’s some kind of political tactic used by the Democrats.


“No one at that point in American history had weaponized the recall function,” she said. “And that’s what we’re looking at in Wisconsin now — non-stop recalls.”

Ah, what about the non-stop attack on workers, teachers, families, women and voting rights. That’s right, they’re not at fault for doing the tough, but right thing.