I couldn’t be happier for School Privatization in Louisiana. It ain’t us….

I can’t wait to see what happens in states that think unaccountable private schools can do a better job than public schools. Just the idea of a mishmash of private untested educational styles and concepts, what they proudly call “innovation,” is frightening. A large number of private schools can introduce an amazing amount of chaos into what should be a testable model that can be measured.

Keep in mind; European countries with nationalized voucher systems also have national curriculums and testing. It’s organized and provides a model for changes and improvements. We’re just the opposite: 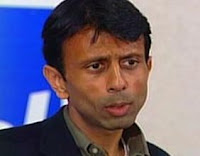 Gov. Bobby Jindal’s school voucher bill has passed through Louisiana’s Senate and House of Representatives, but has been viewed in a critical light by several of Southeastern’s education majors … one flaw was pointed out: the lack of accountability if a student using a voucher fails to succeed in their new school.

Hey parents, I hope the following doesn't hurt your kids too much?

“After about three years, if they had some problems, give the private school a warning,” said Barry Erwin, president of the Council for a Better Louisiana, in an interview with the Associated Press. “After four or five years, if they're still not doing well for those students, you just basically say that they can't accept any more voucher students.”

And the five years your child lost at a bad school? They'll just go back to a public school? Good luck:

The outlook for public schools looks much less fortunate, however. Instead of motivating public schools to raise their standards, the bill chooses to focus on how to spend more money on a private school education.