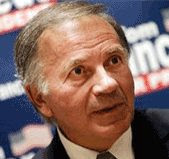 "The opening-night speaker at first ever National Tea Party Convention ripped into President Obama, Sen. John McCain and 'the cult of multiculturalism,' asserting that Obama was elected because 'we do not have a civics, literacy test before people can vote in this country.'