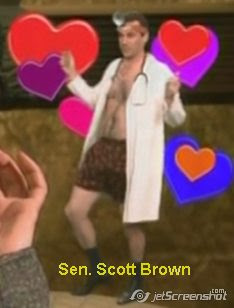 I got a call from my conservative friend again who was worked up into a lather about the high wages paid to government employees as compared to the private sector work force. These newly released facts from the "reliably" libertarian Cato Institute proved government is too big and getting paid too much. The big problem? First, consider the conservative source. Politifact dissected the claim:

Republican Senator Scott Brown made his debut on the Sunday morning talk circuit …encouraged President Barack Obama to put a freeze on federal position hires and raises because, "as you know, federal employees are making twice as much as their private counterparts. I recognize that our federal workers do important work, but it’s not right that lesser-paid private sector workers suffering through a recession have to pay for expensive government salaries,” he said, citing numbers from the Cato Institute … According to those numbers, the average wage for 1.9 million federal civilian workers was $79,197, compared to $50,028 for the nation’s 108 million private-sector workers. The numbers he cites from the CATO study are not twice as high.

Secondly, it's important to understand that a big reason for the disparity is the different mix of jobs in the federal workforce. It has more higher-paying white collar jobs, experts told us, while there are more lower-paying, blue-collar jobs in the private sector that bring the average down. So it is not an apples-to-apples comparison. So (Brown) he's wrong to say it's double and wrong to suggest that it's always the case when comparing specific jobs. We rate his claim False.

The problem with these countervailing facts is that they are discovered too late, too often. The damage has been done and the public has already digested the misinformation. This is a popular Republican/libertarian political ploy. They know they can get mileage out of pure fantasy long before the media (who lost the ability to fact check stories) knows what happened, because it's never failed to work for them.
Posted by John Peterson, Democurmudgeon at 2/04/2010 08:47:00 AM