Even in Wisconsin, Sex Ed is "Controversial." Only if your a Right Wing Loon. 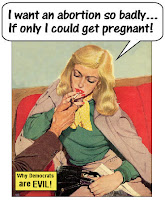 Ever since the liberal Capital Times became a web only newspaper, it's conservative counterpart daily has exerted undo influence over the online stories perspectives. For instance, sex ed. Note the outrage in the stories title:

(The) bill … updates Wisconsin’s sex education standards by requiring public school districts that have sex ed classes to also teach about sexually transmitted diseases and methods of safe sex. The act is intended to provide comprehensive, medically accurate, unbiased and age-appropriate information to students in classrooms that teach human growth and development courses.

You see, its only "controversial" to the lunatic right wing fringe, which for some reason is portrayed in this story as the victim. The question I have is whether the media will follow-up on the following wacky prediction of schools dropping out of sex ed altogether.

But pro-life groups and conservative politicians warn that some school districts will drop sex ed if they are forced to teach about STDs and safe sex practices.

It's not like the schools don't have some flexability:

Why do we give these fringe elements one shred of credibility.
Posted by John Peterson, Democurmudgeon at 2/24/2010 11:35:00 PM