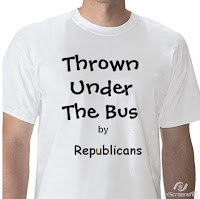 All week I've been trying to remind everyone how the Republicans, southern Republicans, bashed GM and Chrysler for matching the quality standards set by Toyota, and not using their business model to keep pace. Looks like the Democrats missed another chance to demonstrate just how wrong Republican were. At the same time, GOP politicians are back peddling and making excuses that just don't pass the smell test. Like this:

Washington Post: Republicans found themselves in a tough situation during the Toyota safety hearing … then there is the question of the U.S. taxpayer-financed bailout of the American auto industry, in effect, making the U.S. government a partner of Toyota’s competitors.

Excuse #1: Did United States regulators go easy on Toyota because of the taxpayer investment Rep. Phil Gingrey (R-Ga.) asked. “Just because I’m paranoid, doesn’t mean somebody isn’t out to get me,” he said.

Excuse #2: Haley Barbour: I said Toyota was the world's premier automobile manufacturer. I still believe that. It seems to me, however, that the company is doing everything it should as quickly as possible to make things right. The way that Congress and the Obama administration respond to this controversy will have real economic consequences. We cannot lose sight of the company's importance to America's economy -- and should not ignore its continued commitment to doing things the right way.

I didn't see the same concern for the U.S. auto makers and the impact their failure would have on the American economy. Barbour continued:

Across America, Toyota -- together with its 1,500 dealers and 500 suppliers -- has helped create more than 200,000 jobs. That's why I hope Congress will resist the temptation to attack Toyota simply to advance the interests of its American competitors. Toyota should not be blamed implicitly for the problems of Detroit's automakers.

Fabricating some kind of tie-in with Detroit is about as crooked as it gets. Turning the Toyota debacle into pure political grandstanding has been taken to new heights:

Lawmakers must tread carefully lest they give Chrysler … or General Motors, in which the government now owns a majority stake, an unfair advantage. If Congress and the media treat Toyota differently, foreign businesses might think again before investing in Mississippi or any other state. During these hearings, excessive bashing of Toyota is likely to be interpreted as a signal that the United States is turning protectionist during these tough economic times.

Nice try, but I'm not going to forget how quick Republicans were in their attempts to throw American auto manufacturers under the foreign made bus. What hypocrites.
Click start to see video:
Posted by John Peterson, Democurmudgeon at 2/23/2010 06:47:00 PM