Paul Ryan is trying to confuse: He claims his government health care benefit...which is like Obamacare...is like his privatized reform plan in the Road Map...... I'm dizzy 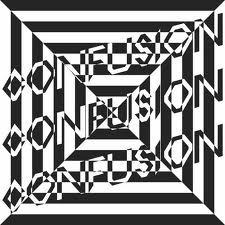 Rep. Paul Ryan, who can’t get enough face time, added more contradictory mumbo jumbo to the already confused misinformation campaign he and his Republican co-harts have been pushing through Congress. No wonder the tea party brain trust is still shouting "keep your government hands off Medicare:"

Ryan, in his opening statement at (a recent) hearing, said "There is an alternative path and it is a path that leads to true choice and competition in health care. It is modeled after the health care system we ourselves in Congress enjoy. It puts patients first -- with providers competing for our business."

Huh? Did you catch that? Since there is really NO similar country wide private health care model like Ryan's to hold up as an example, he instead portrays his own government-taxpayer paid plan (similar to Obamacare) to the free market theory pushed in his dystopian “Road Map.” Doh!!

Is he crazy or just delusional to take it one step further:

Wispolitics: "But before we can get there, we must reject the notion that a centrally planned, bureaucratically run health care system can produce more favorable outcomes than one managed by doctors and patients."

THE HONEST REWRITE that disproves Ryan's theory, the one he doesn't want you think about, offers up the actual choices:

If the outcomes and costs reported from every other country with a national health care system is any indication, than Ryan's premised statement is patently false.