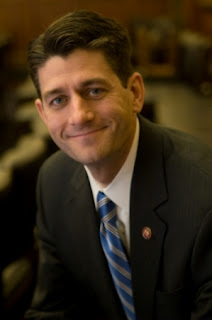 I can't tell you how many times I tried to correct PoliticFact's conclusions that Republicans never said they would privatize Medicare or Social Security. They've said it, and now they're acting on it.

Fox News: Months after they hammered Democrats for cutting Medicare, House Republicans are debating whether to relaunch their quest to privatize the health program for seniors.

House Budget Committee Chairman Paul Ryan, R-Wis., is testing support for his idea to replace Medicare with a fixed payment to buy a private medical plan from a menu of coverage options.

It wasn’t so long ago…

When insurers know just how much the voucher check will pay, they’ll start adding on costly extra’s that will basically boost prices out reach for most seniors. The vouchers themselves will not go up as fast as medical costs have risen, progressively squeezing seniors to pay more out of pocket, which means stealing cash from their Social Security checks. This proposal will essentially be a cut for both.

Americans are wary of the idea. An Associated Press-GfK poll last year found 51 percent opposed a voucher plan for Medicare, while 35 percent said they supported it. Opposition was strong among seniors and baby boomers. But those born after 1980 favored the approach by 47 percent to 41 percent.

The millennial generation has actually bought into the phony rhetoric that Medicare and Social Security won’t be there for them. The fact an adult who should know better is play on the more naïve nature of youth to push pure theoretical ideology. Like most Republican ideas, they tend to always create a catastrophic problem down the road.

Labels: Medicare
Email ThisBlogThis!Share to TwitterShare to FacebookShare to Pinterest