Now You Tell Us!!! Republicans Don’t have a Clue about Health Care. 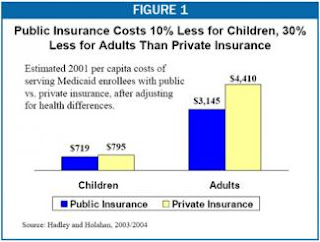 I loved this piece, checking off a list of truly impossible tasks created by the Republicans when it comes to dealing with health care reform. The only answer from the list of inconceivable solutions to their self-imposed roadblocks is “let’s wait.”

LA Times: Trade-offs that come with trying to provide more and better healthcare while also controlling costs. The GOP also faces a stark comparison. Previous Republican efforts at healthcare reform were projected to leave 52 million Americans uninsured in 2019 … Obama law is expected to reduce the number of uninsured to 23 million.

The Republican plan did not include an unpopular mandate requiring Americans to buy health insurance. But Republican lawmakers have not indicated how they plan to expand coverage; a task that even conservative healthcare experts say could be a major challenge for the party.

"In a time where we don't have excess funds, looking to solve the problem of the uninsured may not be an easy sell," said Nina Owcharenko, director of the Center for Health Policy Studies at the Heritage Foundation. "Knocking down the building is a lot easier than building something to replace it," said Dean Rosen, a Republican healthcare lobbyist and onetime aide to former Senate Majority Leader Bill Frist. "It takes a long time. … Republicans understand this."

Yeah, let’s put it off another decade or so. It’s gets better…

…Four House committees to develop legislation meeting 12 criteria, among them: lowering premium costs, assuring access to coverage for people with preexisting conditions and increasing the number of insured Americans, all without raising taxes.

Want to slow down the RISE of health care, but not stop it or reverse it:

GOP leaders also showed that it was possible to slow the rise in insurance premiums by allowing insurers to avoid mandates in some states to cover services such as maternity care, cancer screenings and mastectomies.


Although premiums still would have increased by 2016 under the GOP plan, one analysis found, the increases for small businesses would have been 7% to 10% less than without the plan.

Sure, for fewer covered BASIC services. What a deal and savings.

The savings showed the plan was "a common-sense, step-by-step plan that will lower premiums," Rep. John A. Boehner said at the time … Deregulating insurance could make health insurance more expensive for sick Americans, even if it were more affordable for healthy people, according to the budget office … also estimated that the quality of the coverage that many Americans had could erode as insurers offered fewer benefits.

Republicans offered little help for low- and moderate-income Americans who are struggling to pay their premiums. For now, House Republican leaders say, they need time to develop their alternative.