Republicans have been relentless trashing the U.S. economy, trying in every way to delegitimize Obama. If you believed the GOP presidential front runners, the country was on the verge of collapse.

This was all by design:


Secret meetings led by House GOP whip Eric Cantor (in December 2008) and Senate minority leader Mitch McConnell (in early January 2009) in which they laid out their daring (though cynical and political) no-honeymoon strategy of all-out resistance to a popular President-elect during an economic emergency. “If he was for it,” former Ohio Senator George Voinovich explained, “we had to be against it.”

Republicans have made it their business to obstruct everything he does. Senate Majority Leader Mitch McConnell said it best in 2012: “Our top political priority over the next two years should be to deny President Obama a second term.”


This PolitiFact finding makes it seem like the country is headed in the wrong direction too, based on the GOP's campaign of deception to the American public for the last 7 years:

How could the public feel otherwise, hearing lie after lie on conservative talk media and countless fact free Republican presidential debates. Heck, they even said in public how they planned to delegitimize Obama. Except for "cut to lobbyist," the cliche ridden list of fear based fiction below has been successfully sold to the public, according to the poll Ryan is referencing: 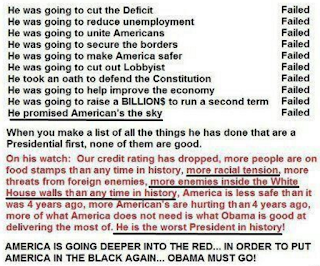 Reality looks completely different. PolitiFact had a responsibility of making note of was how wrong public perception is, and that Ryan's use of the poll number obscures the truth. Many of the numbers have gotten better since I screen captured these.

Even with all the obstruction, does this look like American is on the wrong path? 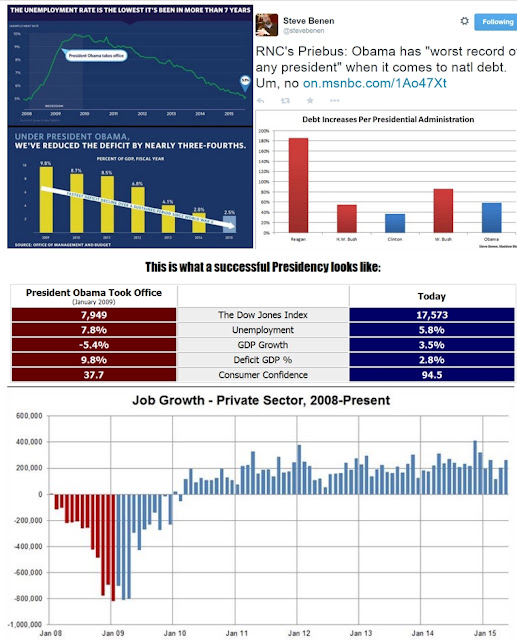