Take a look the list of GOP fabrications below, created over the last 7 years under Obama. Republicans have tried to delegitimize our first black president at every turn. I've underlined the most ridiculous claims: 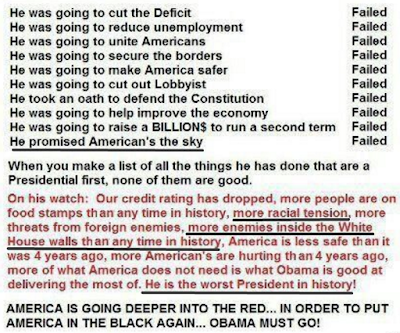 Paul Ryan to the Rescue: With the resulting take down of Obama, and polling that overwhelmingly believes the U.S. is heading in the wrong direction (reality says otherwise), Paul Ryan has now stepped out to put the finishing touches on their 7 years of anti-government, anti-Obama rhetoric:

Politico is reporting that Ryan is now oddly (and completely out of character) concerned about a divided country, and that Americans "distrust politics ... they come to distrust institutions." What led them to believe that???

Aren't we supposed to distrust government because it just keeps getting in the way, and can't do anything right? And no one wants government to tell us what to do.

Gee, Americans are losing faith in government??? How'd that happen (see list of fabrications above again):

House Speaker Paul Ryan on Wednesday will warn against getting “disheartened” about the current state of politics, saying that Americans can’t lose faith in their government.

In a sweeping speech, the Wisconsin Republican is expected to implicitly rebuke the heated rhetoric and chaos that has defined the Republican presidential primary so far ...


“Looking around at what’s taking place in politics today, it is easy to get disheartened. How many of you find yourself just shaking your head at what you see from both sides? Now, a little skepticism is healthy.

When people distrust politics, they come to distrust institutions. And we can’t enable it either.

Ah, "Aim for a brighter horizon." Hey, that sounds like a good slogan for a presidential candidate.
Posted by John Peterson, Democurmudgeon at 3/23/2016 10:49:00 AM