Ditka: "Obama is the worst president we've ever had." Really?

If they didn't make Obama's presidency sound like a major disaster, Republicans would have nothing to build their fantasy world agenda around. Unfortunately for them, they've had to construct an elaborate lie about Obama's record to present their side of the argument, to make it look good.

Who better than former Bears coach Mike Ditka to sum up their disconnect with reality:

After six years of saying this, even George W. is remember more fondly, despite 9/11 and the Great Recession (seriously, what does it take to receive a failing grade on the right):

That contrasts with Obama's actual record and policies, despite GOP obstruction: 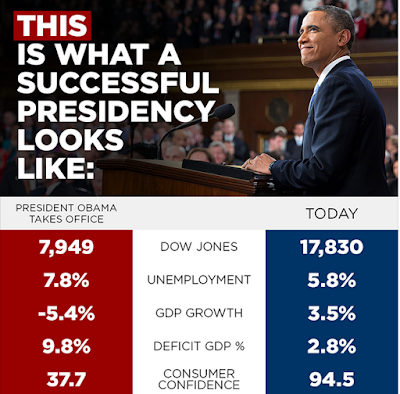 Or his administrations unmistakable jobs record: 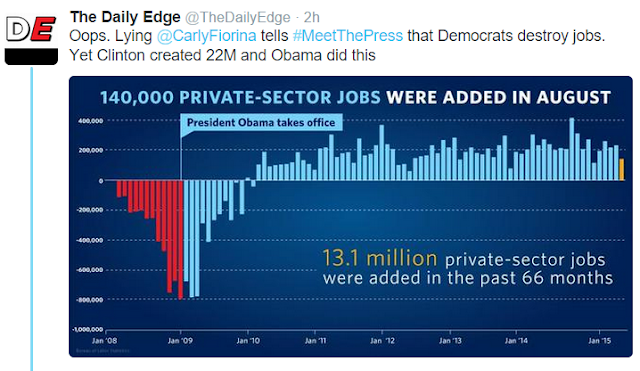 Republican supply-side economics has a record of keeping wages low, as seen in the charts below: 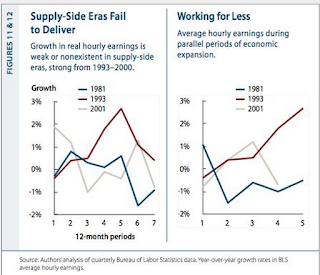 Once upon a time, higher taxes were an incentive for businesses to reinvest some of their profits, and lower their tax burden. That's why we saw growth in the 50's and 60's. Businesses then increased wages, which increased demand, which prompted job growth: 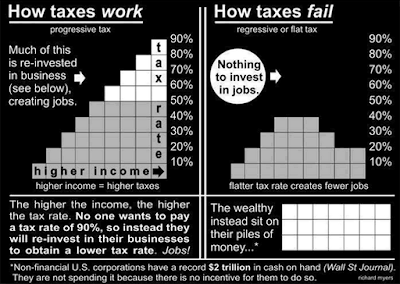