I suppose signing 58 bills is Scott Walker's idea of hard work, never mind the 40 to 60 hours a week some minimum wage families are putting in. Nothing says "detached" like this insultingly arrogant comment from our sociopathic authoritarian governor. 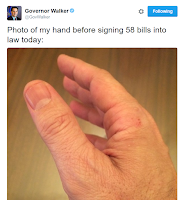 In the "Twitter Moments," was this nice compilation of creative reads on Scott Walker's


Gov. Scott Walker posts pic of hand, Internet responds: In another installment of "weird things politicians post on social media," Wisconsin Governor Scott Walker thought it would be cool to show the world his hand. The world didn't agree. It's not as silly as Jeb Bush's "America" gun Tweet, but it's in the ballpark. 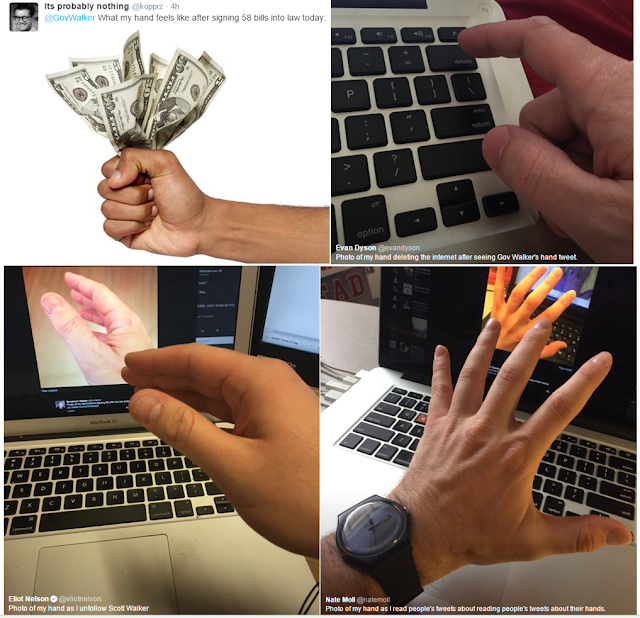