If it wasn't so surreal, it would be funny to listen to all whining about how Trump doesn't represent the Republican Party. So who's doing all the voting, putting Trump at the top of the Republican presidential ticket? Are we actually watching Republicans support but deny their possible nominee? Could this get any more bizarre? 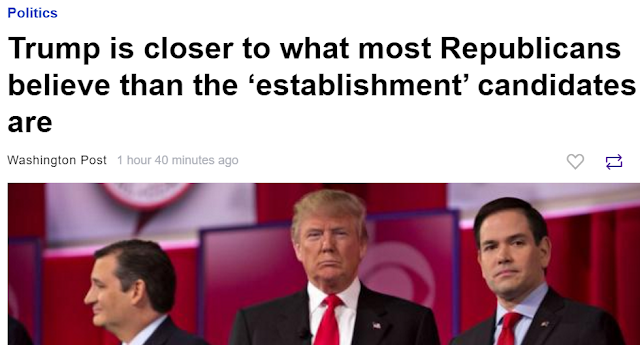 Republican politicians may not have notice the right wing authoritarian movement (check out this Vox story link) that's been swallowing up their party, or their own extreme behavior that embraces a one party national authority.

Authoritarians are thought to express much deeper fears than the rest of the electorate, to seek the imposition of order where they perceive dangerous change, and to desire a strong leader who will defeat those fears with force.

Making the rounds on Twitter yesterday was this jaw dropping clip of a clueless crowd, mindlessly giving the infamously familiar raised arm salute to Trump, who asked them to pledge their vote:

Get this; we're supposed to believe the crowd of Trump supporters were "liberals." State Sen. Dewey "Lord Voldemort" Stroebel not only said Trump wasn't a Republican, he also said on Upfront with Mike Gousha...


Stroebel: "...I made a comment after one of the debates, things that I was hearing coming out of his mouth, I thought I was on the floor of the Capitol listening to a Madison 'liberal' with some of the things that were being said. It was really hard for me to take, and hard for me to understand."

Liberals, who do they think they are, Americans or something. GOP strategist Brian Fraley came right out and bashed Trump's authoritarianism and boorish behavior, all the while sounding just as boorish and authoritarian as Trump and Scott Walker:


Fraley: "He's not a Republican, he's renting the party as a vehicle to move forward...look, the guy is not a conservative, he's not a Republican. He has no core. The only thing he is absolutely sure of, is his own greatness. And I just think his penchant for authoritarianism, his boorish behavior, his misogyny, he's a danger not just to the party...(but to) the republic."

All true and everything quality Republicans like about their chosen party leader, Donald Trump:

Fraley revealed another problem Republicans have; they keep making dumb ass pledges. Because of a pledge candidates made to have access to the debate stage, they're now locked into voting for eventual nominee. Now that's freedom and liberty...


Stroebel: "Ah I think you're going to see a lot of people staying home."

Oh, and GOP strategist Fraley, would wear as a badge of courage, his party's move to prevent Trump from being the nominee, usurping the choice of conservative voters everywhere. Nothing authoritarian about that.... 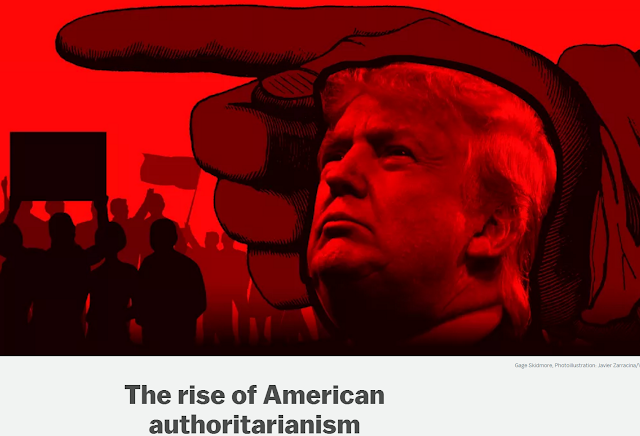