It always seemed odd to me how conservative lower and middle class workers jumped on board the union bashing bandwagon. Even though union membership never exceeded 35%, their presence did help both labor and the wealthy share in the nations prosperity during the 40's and late 50's.

But conservatives have an odd built in envy factor that goes into overdrive when they detect somebody is getting something they're not, and that was ripe for manipulation.

Anti-union corporate forces decided to exploit the envy factor in private sector workers, and that's where things went wrong for the lower and middle class: 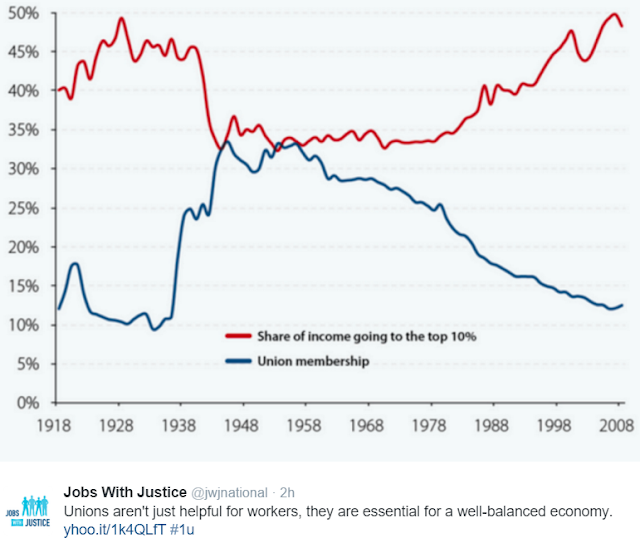 To be fair, the researchers do note that these are just correlations, and while they seem to harbor some belief that they are causal, they reiterate that more testing would need to be done to connect them definitively.

There's a similar dynamic with health care. The US is the only industrialized country using health care as a weapon against its own citizens to prove how well capitalism works. Capitalism not only failed and killed Americans prematurely (loss of insurance), but the Affordable Care Act proved access helped in the nations jobs recovery.

Imagine what would happen if we really did repeal the Affordable Care Act, and its impact on jobs:

For Scott Walker, who love's to whine about how high the non-participation rate is nationally compared to Wisconsin, he left out one important factor; retiring baby boomers who have stopped looking for work. Kind of skews the numbers...:

The number of Americans not in the labor force, still near the all-time high recorded in September, includes retirees. 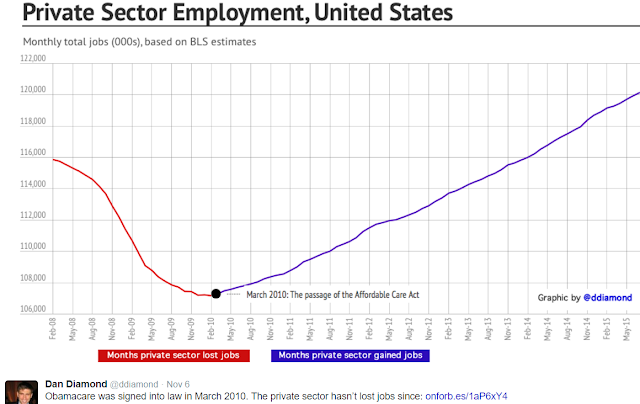 ...reducing individuals’ and employers’ health spending would make the U.S. economy more dynamic, while the ACA’s coverage provisions would free up workers from “job lock” and help protect them as they looked for better, more desirable employment. 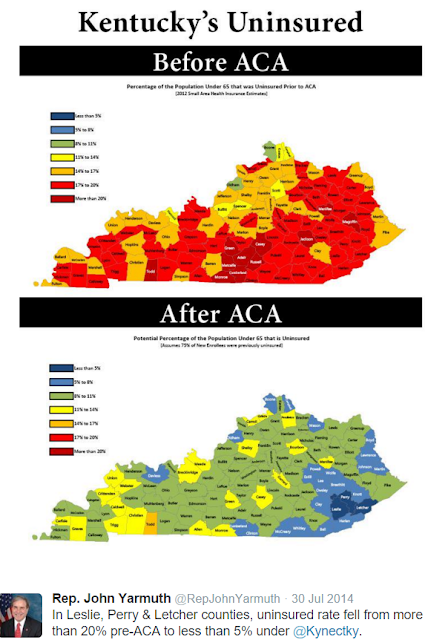