Republican wants government to take away your Property.

Conservatives are supposed to be big on property rights. Just another myth.

While law enforcement agencies are taking away peoples property at an alarming rate, whether guilty or innocent, there's a backlash brewing, but not in Wisconsin:


"It's a civil liberties issue, it's a due process issue, but first and foremost, it's a property rights issue. This is legal plunder. What they're doing is wrong, and we need to fix this... I've been surprised at how activists have embraced this issue."

The opposite is happening in Wisconsin, thanks to Republican Rep. Joe Sanfelippo, who wants to take your car away over a simple violation. Hmm, try that with guns.... 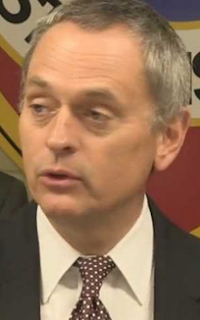 WSJ: Driving without a valid license could result in a vehicle being impounded under a Republican proposal aimed at reducing drunken driving ... Rep. Joe Sanfelippo circulated a bill ... a court could extend the length of time a vehicle is impounded after which the driver would have to pay any fines and impoundment fees. If the vehicle isn’t claimed within 30 days of the release date, it could be disposed of or sold.

“This bill would help keep dangerous and irresponsible motorists off the road ... There have been numerous occasions where residents have had their licenses either suspended or revoked but continued to drive illegally."

Molly Gena, a lawyer with Legal Action of Wisconsin, which represents low-income clients, said the majority of Wisconsin’s driver’s license suspensions and revocations result from the inability to pay fines, rather than bad driving. As a result, the bill will “punish poor people and prevent them from getting to work or finding employment. Impounding their vehicles will make it even harder for them to get out of poverty. It will perpetuate the cycle of poverty and unfairly punish people solely for being poor.”

And what about families with just one car and multiple drivers? They can't have a car either? Big government police state Republicans. This reminds me of the time Scott Walker added peoples homes to the Medicaid debt collection list, where any dollar amount you can't pay puts your house on the market. There going after the poor and declining middle class.
Posted by John Peterson, Democurmudgeon at 11/29/2015 02:34:00 PM