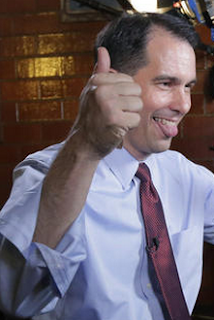 Since 2009, the Wisconsin Economic Development Corp. and the Commerce Department have awarded $101.7 million in jobs tax credits, but only had the statutory authority to award $80.4 million over that period, according to a memo from the nonpartisan Legislative Fiscal Bureau.

It appears WEDC is spending money in advance, according to the Legislative Fiscal Bureau, funds that would normally have been allocated to future legislatures and governors.

Department of Administration disagrees, saying the allocations were allowed because they were awarded in WEDC contracts and will be claimed in future years. Under that interpretation, WEDC could sign new tax credit contracts totaling $220 million in 2017 stretched out over 10 years, effectively binding future Legislatures and governors to honor those contracts, according to Bob Lang, director of the nonpartisan Legislative Fiscal Bureau ... his analysis was based on consultation with several legislative lawyers. “They believe that it is unlikely that DOA’s interpretation would be upheld,” Lang wrote. 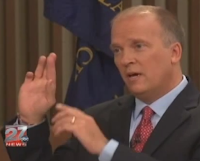 The Department of Justice plans to issue an informal legal opinion supporting the DOA analysis. A spokesman for Sen. Rick Gudex, R-Fond du Lac, who is also on the WEDC board, said he’s not certain there is a problem that needs to be resolved given the DOA and DOJ interpretation.