The very small number of medical device companies that responded to a survey two years ago about their new Affordable Care Act, tax may have had an ax to grind. I say that because a larger sampling would have provided a broader picture; out of 300 members surveyed, only 38 companies responded. Ouch. And maybe they were the more angry, greedy companies trying to make a political point.

Fact: Because the ACA expanded the number of people getting health care...and medical devices, that should have translated into higher sales and company profits. And don’t forget, this is a reform of a system where price increases were unsustainable, so any containment or reduction in those increases is a step forward. Every part of the health care chain is taking a cut or reforming their business model to save money, so why not device makers?

Another big problem? Anecdotal “evidence.” My conservative friend had a lot of anecdotes from his own customer base that sounded similar to those on the list of GOP talking points. But the facts were always different. From WaPo: 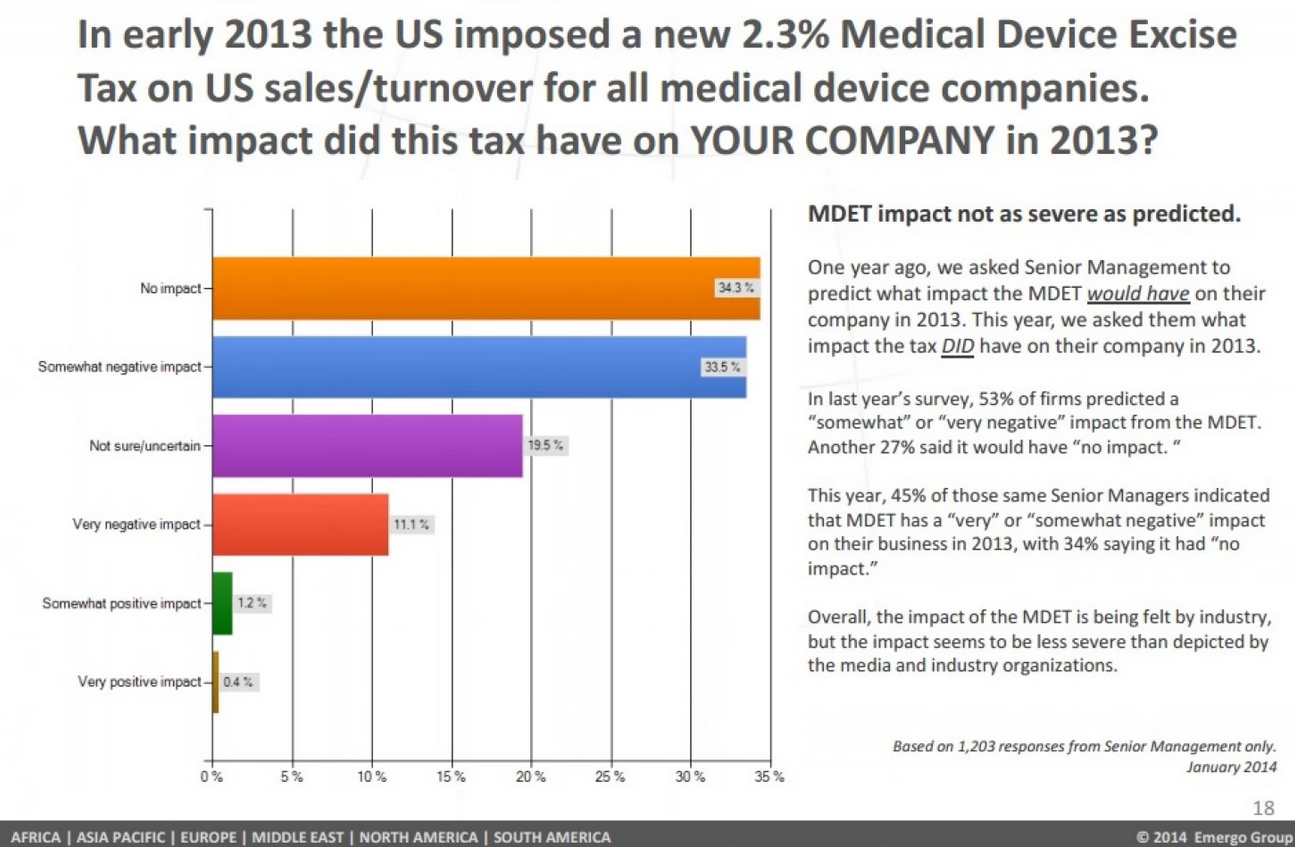 Lawmakers also cite anecdotes of local manufacturers blaming the tax for creating harm to their companies.

A larger survey is telling something different though (click graph):

A January 2014 survey of 1,203 senior managers at U.S. medical device companies by Emergo Group … found the impact of the tax was not as severe as predicted. Fifty percent of respondents in 2014 said they did not make any significant changes in response to the tax.

This is all about change, and some companies will have adjust, whether it's because of a tax or a competitor. Every company at some time does that. For Republicans to complain about something so fundamental and natural to doing business tells me they don't have a clue. They do like donations though.