Let me see if I've got this right about bad government; We saw a Republican president get us into two unpaid for wars that are now on the books; raised our deficit by trillions of dollars with trickle down economic tax cuts; saw congressional Republicans block legislation with poison pill amendments and filibusters that eventually shut down the government to the tune of $24 billion, and now America hates D.C. lawmakers and politics in general. Got it. So....

...using their own dysfunctional government creation, Scott Walker is now saying that Hillary Clinton is a creature of D.C.! Politico: 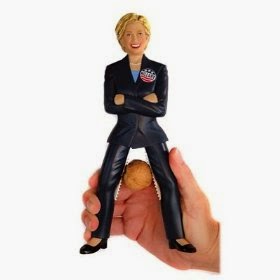 An amazing thing to say from a career politician in a party whose main purpose is to dismantle government and make it look as bad as possible. Missing from Walker's dig at Clinton; the high employment during Bill's tenure and surpluses as far as the eye could see (that could have paid for major reforms-from tax policy to a national health care system).

Walker, like Gov. Chris Christie, has failed on the jobs front, saw increased poverty, supports wage stagnation with his opposition to a minimum wage hike, ignored infrastructure improvements and is faced with a huge budget deficit. But that's okay...

“Washington isn't the place with the answers that we’re looking for. I think the states are where we get things done. I think we can carry that message in 2016 as well,” he said.

This is presidential material nowadays for Republican voters? What a choice.