Short and sweet; getting and keeping power is all that’s left of the Republican Party’s platform. Tax cuts and deregulation are just means to an end.

Protecting illegal political activity with the help of our state's highest court is the cherry on top. The long time target of the Republicans Party, Chief Justice Shirley Abrahamson, is about to go away. Radical conservatism is now going to get the top courts rubber stamp, suddenly making shear right wing authoritarian lunacy appear "constitutional." Right, if they say so: 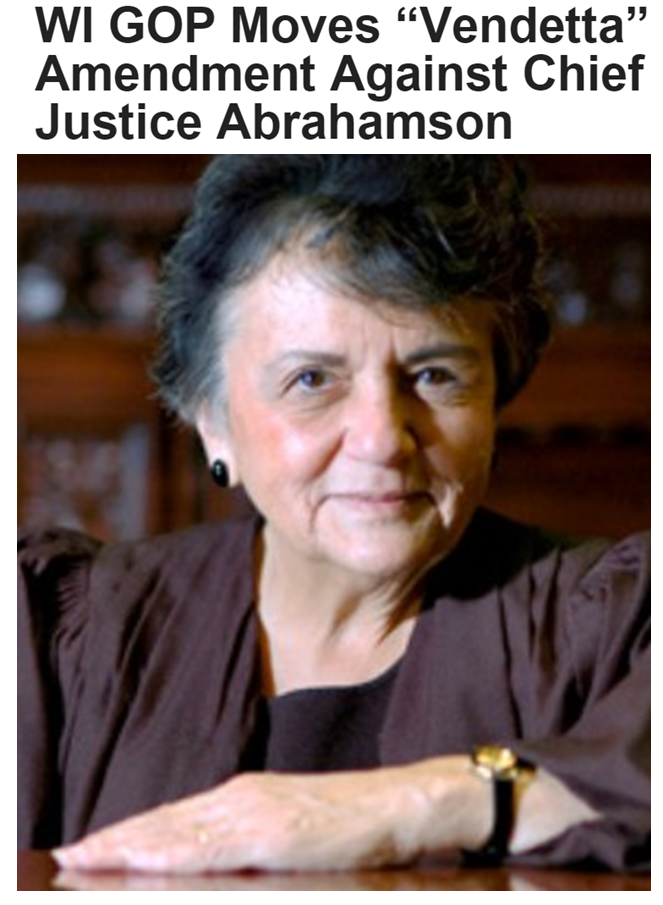 Daily Beast: The Wisconsin state Senate (and now Assembly) has just paved the way for the state Supreme Court to elect its own chief justice—and the conservatives’ pick might shake up the governor’s own case. A state constitutional amendment ... will allow the court’s seven justices to vote on a chief justice ... If the bill wins voter approval April 7, the next chief justice, selected by the court’s conservative majority, will almost certainly be Justice Pat Roggensack.

Why the rush? Gee, I wonder if Walker's presidential run has anything to do with it?


The court agreed last year to hear a case resulting from the much-publicized “John Doe” investigation into possible violations of campaign finance law by Wisconsin Gov. Scott Walker’s campaign during the recall elections of 2011 and 2012. Spring elections are notorious for their low turnout—19 percent voted in April 2013—and the measure is expected to succeed. The court will likely have a new chief justice just in time for its ruling on the John Doe case, expected to be issued this summer.