I could make this a longer blog post, but suffice it to say, both Democratic minority leaders have performed poorly so far in their public statements. It's shocking, disheartening and I can't stand listening to them. What fantasy world or bubble are they living in, after 4 years of experiencing this red state living hell?

It's as if they've learned nothing, and are now hoping the other party doesn't beat them up too badly this time around. The same old "working together," "common ground," and making believe Walker will play it safe, blah, blah, blah. 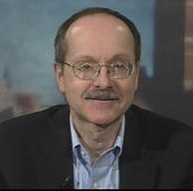 This morning on WPR, Mordecai Lee even helped Republicans sell their large irresponsible, unforeseen deficits, by suggesting somehow it was the price of smaller government. Good one Lee. He also made excuses for this arrogant, one party authoritarian Republican takeover by saying, heck, everybody's doing it, what's the big deal?

In the words of Han Solo, "I've got a bad feeling about this." I truly hate the Democratic Party for continuing to play the battered partner. Yea, this time Republicans will be nicer to us.
Posted by John Peterson, Democurmudgeon at 1/06/2015 03:41:00 PM