Sure, you could call it bad timing, but who cares nowadays when it coming from the party of big money-the Republicans. WPR:

Nothing looks bad or out of place when it comes to money, politics and law. The cost of electoral bribes is up, so why not? You’ll notice Schimel is trying to firm up his list of legally favored special interests just before he takes office: 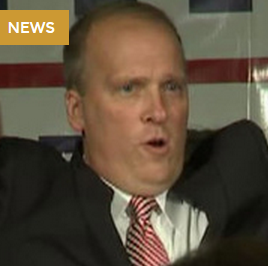 Schimel’s fundraiser will charge $100 a plate for general attendees, with “Host Levels” ranging from $500 to 2,500. A spokesman for Schimel’s campaign said it's a victory celebration that will help pay off campaign debts and fund future campaigns.

Mike McCabe of the watchdog group Wisconsin Democracy Campaign said “Political fundraising has become so central to (officials’) lives that they just don't think that it's possible to have any event that isn't linked to their insatiable need for more campaign money,” said McCabe.

But the reporters recap of former AG J.B. Van Hollen's fund raising efforts may actually stun the senses if this is the first time you’re hearing about memberships in his “Attorney General’s Club.” It seems almost funny now:

When Schimel's predecessor J.B. Van Hollen held an inauguration fundraiser in 2006, some critics said it smacked of influence peddling. Donors who contributed $500 or more were offered memberships in an “Attorney General’s Club.”

It’s just money after all…

… contributors wouldn't get any special treatment from the Department of Justice.

That goes without saying.

I'll always remember Schimel's campaign for its blatant admission that whatever the legislature does is fine with him. His devotion to party leaders sends a signal to challengers that he will protect the state from those who dare question authority.