My conservative confidant and I have gone our separate ways. What happened? I simply said there's a growing feeling on the right that liberals are threat, and they're using that vilification to justify taking up arms against the government. He wondered where I ever got that impression.

Well, the reaction to Clint Eastwood's film "American Sniper" is the latest and best example yet that sadly proves my point. Raw Story:

Two journalists, Rania Khalek and Max Blumenthal, have become the target of death threats and online harassment from conservatives and Tea Party supporters for their criticism of the pro-Iraq War film American Sniper.

Khalek wrote on Friday that she and Blumenthal had aired their grievances with the film, which they see as glorifying the U.S. invasion of Iraq and lionizing a bloodthirsty killer who boasted of his pleasure in gunning down some 160 to 250 Iraqi “savages” during the height of the war.

This “kicked off an endless flood in our Twitter mentions of outraged rightwing military worshippers who’ve whipped themselves into a hateful frenzy out of blind obedience to a mass killer,” Khalek said.


That's dangerous talk from the conservative right, that now seems to oppose free speech and opposing viewpoints. How long before threats like these not only dampen free speech, but morph into actual vigilante "justice," protecting our "freedoms?" 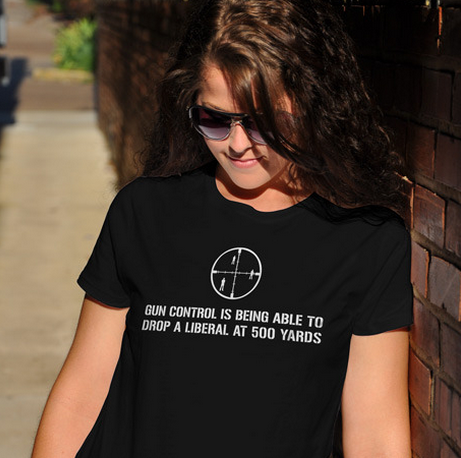 Michelle Malkin’s site Twitchy.com published a piece blasting Khalek and Blumenthal as “American Psychos,” far-left kooks trying to tarnish the memory of a great American. Blumenthal and Khalek were then flooded with death threats and harassment.

From the now-suspended account of one Robert Clemons came the exhortation, “BOTH OF YOU ASSHOLES NEED TO BE SHOT DEAD. DO ALL A FAVOR. GO KILL YOURSELVES.” Clemens also wrote, “@RaniaKhalek it is a DAMN SHAME he never had the chance to target YOU. YOU NEED TO DIE C*NT.” 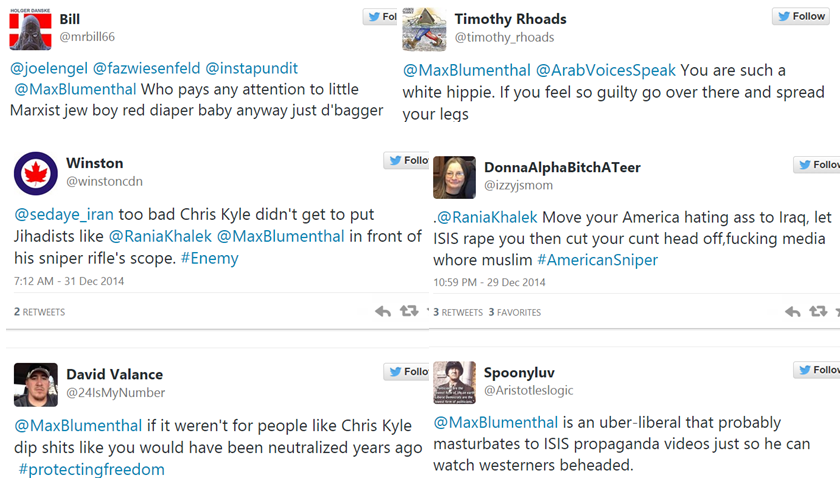