I think it important to get one thing straight about school testing:

Annual testing is a requirement of the current federal Elementary and Secondary Education Act, known as No Child Left Behind.

Got that? We're still feeling the effects of big government Republican overreach by the Bush administration that created this situation. And yet that was okay.

So how do Republicans oppose Common Core testing. Leave it to State Sen. Paul Farrow, who found a way to actually whine about the cost. What, an additional $2 million (another report quotes Farrow saying $7 million)? Outrageous. It's not that it's just a little more, but it forces Farrow to vote for Common Core, something HE doesn't like. Funny thing, Farrow doesn't care in the least about throwing away the millions districts have already spent setting up Common Core.

He even made it seem like Evers was on board with using the test to punish schools. WSJ: 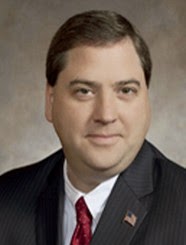 State Sen. Paul Farrow has asked state schools Superintendent Tony Evers not to use student test scores from the Smarter Balanced exams for school ratings, sanctions or teacher evaluations … saying the Smarter Balanced tests may not be used after this spring … because of “unforeseen cost increases.”

Evers does not support the request, but added “we’ve never supported high-stakes decisions being made based on the results of standardized tests alone.”

The Department of Education would need to approve such a request, but noted that the Smarter Balanced test is specified in Wisconsin law. Education Secretary Arne Duncan last year gave state education chiefs the power to delay using teacher evaluations based on test scores for personnel decisions until the 2016-17 school year.

Getting back to basic common (core) sense; it's impossible to compared schools using different tests. Am I the only one that gets this simple concept.


Conservative lawmakers have proposed giving schools’ another test option, most recently because of higher-than-anticipated costs.

Republican Farrow is hyperventilating over $2.1 million more for testing...phony outrage? Sen. Farrow even went as far as constructing a conspiracy of spin coming out of DPI:

Jeff Pertl, a DPI policy adviser, said the agency is exploring using tests other than Smarter Balanced exams because of the possibility that the Legislature will not fund its budget request to fully pay for the tests, about $2.1 million more over the next two years than the $9.4 million originally expected.

Farrow blasted DPI … “My guess is they’ve known about this for more than a month — I think more than six months. If they had alluded we were going to have a cost issue ... Farrow’s letter also asked Evers to come up with a plan for finding a new assessment for the 2015-16 school year that is cost-effective.

Because $2 million is just too much.