Consumer confidence is up and the economy is doing well. So how do you spin that if you're the new Republican majority? Like before, they are creatng their own, more downbeat pessimistic reality right before our eyes.


Politico: In their view, Obama is indifferent to the economic impact of all of his regulations. “The president doesn’t seem to care about the impact of these regulations on families,” said John Barrasso of Wyoming, the chairman of the Senate Republican Policy Committee, adding that the administration is showing “a complete neglect of the economic impact” of the load of new rules.

Did you notice the more personalized, supposed man on the street reference to the impact regulations have on..."families." What does that mean? I guess low wages are due to highly profitable businesses being regulated. Without Obama regulations, corporations would be free to cut profits and hand out big fat raises to Joe shmo employees, right? And there is a Santa Claus too.

Well, let's see how bad things are, under the oppressive regulatory thumb of the Obama administrations socialist agenda. Thankfully, we've put the Republicans in charge of the economy now: 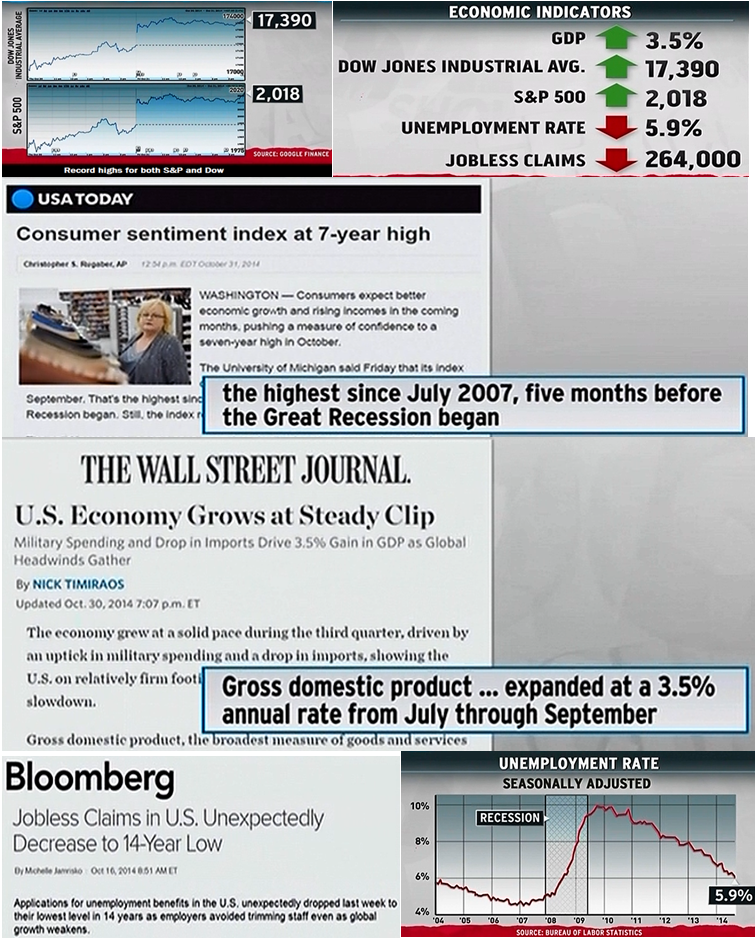