I thought this thank you ad in two local newspapers was an incredibly classy thing to do by now former Packer Greg Jennings:


jsonline: Greg Jennings, the former wide receiver for the Green Bay Packers, placed a full-page color ad Wednesday in the Milwaukee Journal Sentinel and Green Bay Press Gazette titled "A Bittersweet Farewell," in which he thanks fans and the Packers organization for the seven years he was with the team. 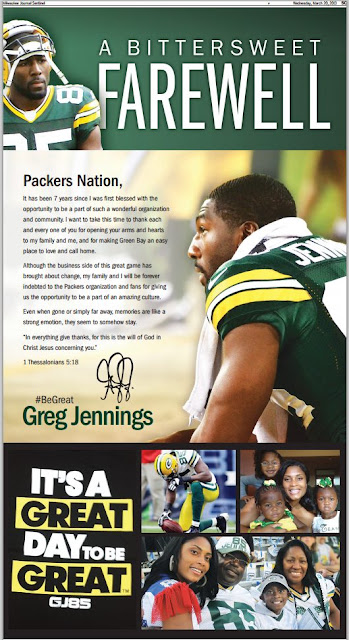