This is Fun to Watch: Walker and State Republicans Proving they Can't Run Government.

Hypocrites all. I guess when you make a pledge to an outside special interest group to never raise taxes, your options are somewhat limited. Yet this is the bed Republicans have made for themselves;  managing the business of government in a choke-hold, a straitjacket of their own choosing.

Borrow and spend, that's the GOP mantra in Wisconsin (Bush did the same thing, and look what happened to "surpluses as far as the eye could see"-Mitch Daniels). Not only that, but Walker is making the argument interest rates are so low that this is the best time to borrow. Brilliant, now they get it.

Funny thing, Republicans in D.C. are saying just the opposite. jsonline: 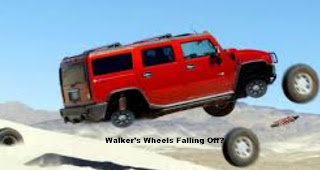 Assembly Republicans again signaled they are troubled by Gov. Scott Walker's plan to borrow nearly $1 billion and add more than 700 workers to the state payroll over the next two years.

Sounding like a Democrat: In a surreal moment to remember, Huebsch is finding out just how hard it is to talk to ideologically rigid Republicans. God I love this:

Huebsch said adding auditors and agents at the Department of Revenue would allow the state to collect more money and ensure fairness in taxation. Hiring engineers - the Department of Transportation wants to take on 180 more - is necessary because state jobs at that agency have been "cannibalized in recent years," he said. More workers are needed at the Department of Health Services to comply with new federal rules, such as the federal Affordable Care Act, known as Obamacare.

Huebsch had to stare into the blank freeloading eyes of Republican legislators, who don’t want to work this hard solving problems and saving money:

The Department of Transportation contends it would net $5.6 million in savings over two years by hiring engineers and others because state employees cost less than private consultants. "We believe adding these positions gives us additional technical expertise," Transportation Secretary Mark Gottlieb said.

"You need to invest in those projects if you're going to make sure your infrastructure is strong," Huebsch told the committee. He also noted interest rates are low, which he said meant the state could purchase money while it is "on sale."

But lawmakers said they were concerned that increased debt payments would gobble up the transportation budget. "While money is 'on sale,' I don't see that (debt service) line bending down," Rep. John Klenke (R-Green Bay) told Huebsch. Rep. Dean Knudson (R-Hudson) said he, too, was bothered by the amount of borrowing Walker proposed. "We're making a big increase (in borrowing). Do you see this as a one-time increase?" Knudson asked Huebsch. "Do you see this as the new normal. . . . What I'm getting at is the sustainability of it.""It just seems to me that in the long range we're always going to have roads to repair and projects to do," Klenke said.

Get out the straight jacket:

Klenke said he wants to find ways to increase funding for transportation. He noted that tax increases are "off the table in current conversations" but said there may be ways to find some additional money within the state budget for road projects.