New Audit Bad News for Mr. Bumble, Scott Walker, which begs the question: Would you hire a Republican to run you’re business like they run our government?

A simple question for voters: Why hire (vote for) people that hate government, to run government? Now, with that in mind…


I noticed an interesting “backward” move, a costly move in bumbling Scott Walker’s budget proposal. At a time when health care reform depends on updating and moving to electronic records, Walker has uncharacteristically decided to repeal a tax break for business, which should tell you how much he really wants to sabotage reform: 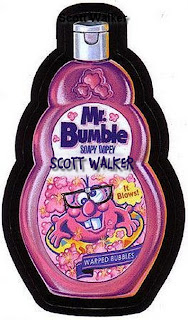 That’s not all. Anti-government Republicans would rather freeload and collect a taxpayer check, than take the time to spend our money wisely:

Keep in mind that Republicans love the idea of “block grants.” Paul Ryan wants to turn Medicaid into a block grant program, because states can do a better job spending it? Oops, it’s opposite day again in Republican world:

Auditors found … lapses in oversight in the administration of federal Community Development Block Grants by WEDC.  The Department of Administration handed off control of six of 10 programs under the block grant funds, and … they just didn’t always do a very good job of keeping track of said money, according to the audit.

“For 11 of the 35 reimbursements we selected, DOA and WEDC staff agreed that no monitoring visits were performed at those local entities … “As a result, DOA is unable to demonstrate that amounts paid to these local entities were for allowable costs and activities.”

Is Walker intentionally trying to prove how bad government can be?

The economic development group, WEDC, proudly pointed out in a statement: “This audit illustrates the extraordinary steps WEDC’s current management has taken to be transparent and forthcoming about challenges the organization faces and past mistakes,” said Reed Hall, CEO of WEDC.

I’d like to see Republicans say that, or give that much latitude to Obamacare. Don't think so...

Finally, in what I would call this an OMG moment. The Walker administration…well, you just can’t make this stuff up:

And the audit bureau note that the agency lapsed federal money marked for individual programs into the state’s general fund. The federal government doesn’t much care for that, reminding DOA that federally funded dollars need to go where they are intended, not into the nebulous state general account. DOA in paying back the misdirected money paid back too much, and is now eligible for reimbursement, according to the audit.

See. Would a Walker opponent use this government bumbling in their campaign for governor? God I hope so.
Posted by John Peterson, Democurmudgeon at 3/29/2013 11:34:00 AM