Marquette Poll hardly reflects "Republican Mandate" to shove their Agenda down our throats.

Jud Lounsbury at Uppity Wisconsin put this nice summary together of a recent Marquette University poll. You'd think by now Marquette would have figured out a better way to present their own results, maybe include a few graphs. Just a thought:


The latest Marquette Poll: Unlike the recent PPP poll that showed Walker upside-down on his approval ratings, this poll shows that both Governor Scott Walker's job approval rating and favorable rating at 49% and disapproval and unfavorable at 44%.

On education, 72% think public school spending should be increased beyond current levels, 76% have a favorable view of public school teachers, 81% are satisfied with their local school (84% among those with school-age children).  Meanwhile only 27% have a favorable view of voucher schools, however 49% of the state is still unsure on the topic and only 24% disapprove.

Walker and the Republican majority have rejected every amendment put forth by the Democrats on major legislation. The most important bills racing through the legislature haven't represented a majority of Wisconsinites. See what gerrymandering can do: 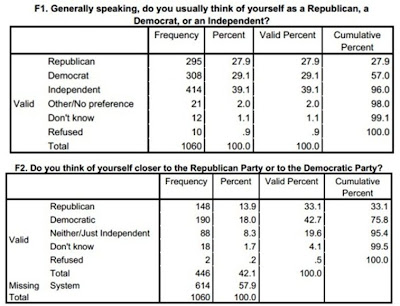 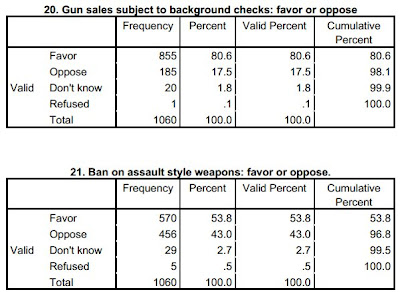 Do Wisconsinites want to protect marriage from "the gay," or fear immigration? 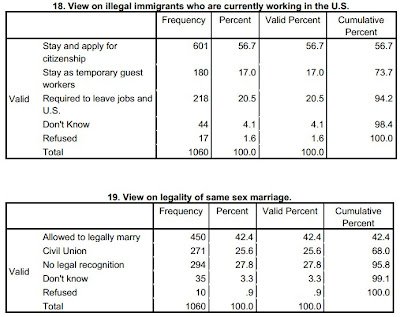 Thank god people have caught onto the teabilly agenda...and what does this mean for tea party dummy Ron Johnson?