Anyone who’s been to the month long protests, or attended a rally anywhere in the state, knows how bizarre the right wingnut claims of thuggery and vandalism are about the citizens movement to protect jobs and worker rights. What was acceptable once, when tea party protesters shouted down and disrupted town hall meetings throughout the country, is now unacceptable when average middle class workers rise up in massive numbers peacefully to exercise their Constitutional rights to defend themselves in the workplace.
The whole idea that “union leaders worked into a frenzy" any protester, liberal, Democrat, independent and disenchanted Republican is pure projection and absurd. 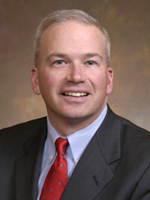 I hope the following fiction opens the eyes of those who may have at one time believed what is written in the following fundraising letter from State Sen. Scott Fitzgerald.

jsonline: In a fundraising letter, Senate Majority Leader Scott Fitzgerald (R-Juneau) writes that government employee unions have "ruined California and Illinois, but they're not going to ruin Wisconsin.

"That is because Republicans faced down Big Labor's bully tactics and a Democratic walk-out in the state Senate to break the power of unions like WEAC and AFSCME once and for all," Fitzgerald said in his letter.

Fitzgerald says in his letter that union supporters picketed his home "to intimidate and scare my family. They packed the State Capitol with raging mobs of union protesters - many from other states - who had been worked into a frenzy by union leaders. They even made death threats against those of us who stood up to their political clout."