One Party Law: Republicans Attack Rulings that Question their Authority.

Laws are what we say they are!!!

It's not the first time we've seen a Republican "lawmaker" disrespect the law. Anyone can disagree with a law, debating its merits, but having contempt for those who are in place to uphold those laws is different. 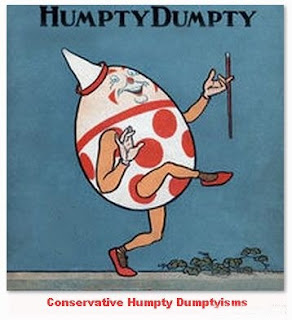 For the self righteous "real Americans" elected into office, this odd dichotomy is meant to be confusing, defaulting to whatever is the one most convenient interpretation of law at the time. Of course I'm talking about the authoritarian Republican mindset revealed day after day in the media.

Here's the latest take-down by State Rep. Robin Vos on a ruling that stops the dismantling of union influence in elections due to a possible open meetings violation:

WRN: State Representative Robin Vos says the court decision is the result of “liberal activist” judges in Dane County, granting the order to an agenda-driven district attorney.
Since Judge Maryann Sumi’s decision Friday, it has come to light that her son is an organizer for the AFL-CIO which Vos says is troubling, “I think the bias is so clear its really disappointing to me that someone who is supposed to uphold the law is willing to bend it, break it, reshape it to satisfy their own personal philosophy.”

Are Dane County judges really "liberal activists?" Does Judge Sumi has a conflict of interest because her son had a union tie once in his past? Can Rep. Vos get away with saying anything he wants by the legion of conservative minded voters who already think everything has a liberal bias? Of course.

Laws are part of the deregulation movement. So get ready, we're headed for "One Party Law," where conservative Humpty Dumpty's will declare laws are what they say they are. Quoting from Through the Looking Glass:


“When I use a word,” Humpty Dumpty said, in a rather a scornful tone, “it means just what I choose it to mean—neither more nor less.”

“The question is,” said Alice, “whether you can make words mean so many different things.”