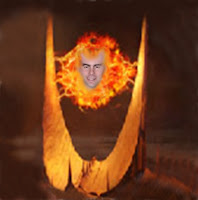 I thought it was strange, after all the national media coverage regarding Scott Walker’s attack on middle class workers, that there were so few polls done here. Since March 4th.

The wait is over:


Dane101: A new poll out today shows a widening margin in Wisconsin Governor Scott Walker's approval rating. The poll, conducted on March 27 by We Ask America, finds that 54.87 percent of Wisconsinites disapprove of the job Walker is doing while 43.71 percent approve.

The pollster notes an even more striking number in the results, only 1.42 percent of those polled had "no opinion."

The substantial change seen in the recent polls comes when undecideds are factored in. The first known poll was released on February 22 by Democratic polling firm Greenberg Quinlan Rosner. In that poll they found 43 percent approved with Walker and 51 percent disapproved.