My conservative friend in Milwaukee called me today to tell me how ridiculous the whole Hillary Clinton health controversy was, and pointed to a spin-off conspiracy theory: 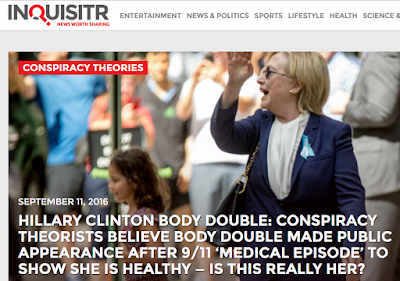 Shortly after noon is when the conspiracy theory begins. A video surfaced of Hillary Clinton leaving Chelsea Clinton’s apartment. In the video, Clinton appears to be happy and healthy, stops for a photo with a child, and walks away. YouTube user Jane Doe states, “NOT HER! Much skinnier, hand gestures different. This is a body double.”

One crazy website, right? He told me to Google Clinton double...for real: 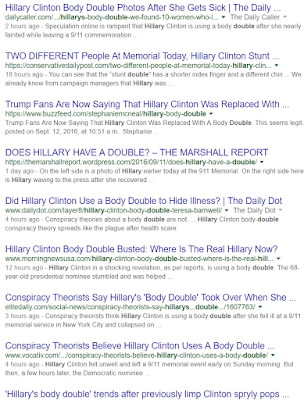