Really, after all of the document dumps we've seen under Scott Walker and every other politician looking to con the voters, Paul Ryan is angry the FBI did a doc dumb on Hillary Clinton's emails. Gee, and there was so much there...might as well complain anyway: 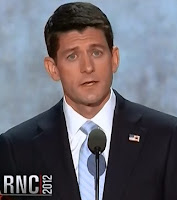 On WRJN Wisconsin radio, host Glenn Klein suggested the FBI has become “an arm of the Clinton campaign.” Ryan concurred with his outrage.

“Yeah… I can’t believe that they would do what is such a patently political move. It makes them look like political operatives instead of law enforcement officers.”