Republicans have played both sides of the issues for years. Double standards and rank hypocrisy is so common place on the right, most people now just roll their eyes, essentially saying "Are you still talking about that...?"

I noticed this as I was paging through news headlines showing Paul Ryan denouncing Trump positions at every turn. 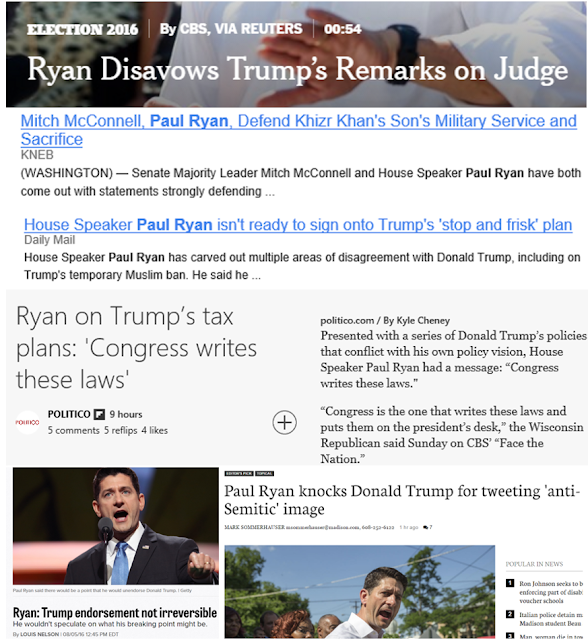 Playing "good cop/bad cop" also provides a phony "both sides" appearance, meaning no one has time for the Democratic Party side to an issue. Let's face it, Trump low information voters heads would explode if that happened. 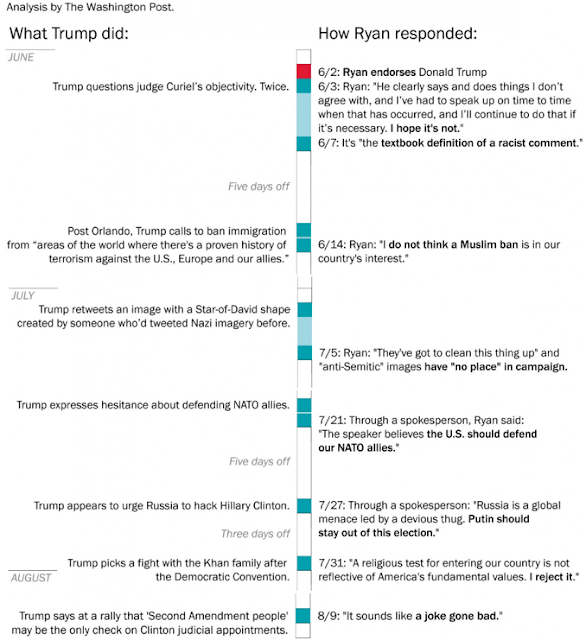