I was going to title this "Trump weary blogger posts another Trump horror story." 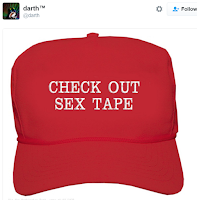 Since then Trump has not been able to let it go. This jaw-dropping video below is a must see for women everywhere. MSNBC host Stephanie Ruhle did an amazing job of exploring every, I mean every angle of Trump's reaction with Arkansas AG Leslie Rutledge, who oddly chose to ignore and excuse Trump's bad behavior at every turn.

If you ever wondered how Republicans think, or rationalize their support for a guy like Trump, this interview makes it crystal clear. Watch to the end, it's worth it. Host Stephanie Ruhle impressed: Just as surreal, this actual commentary coming from Newt Gingrich, shifting the blame back to Clinton and using Benghazi in the same breathe:

“This is the new Benghazi lie. What Hillary tried to set up and what they apparently spent months preparing is an ambush as false as Benghazi. It was as false as her claim she was under fire in in Bosnia. It was as false as the lies she told on her emails. The elite media, which is Clinton, I mean, they totally identify with her, they took it hook, line and sinker.” 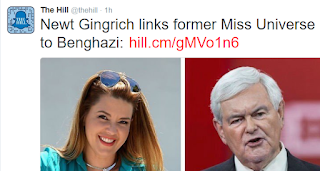