The morning brought on a battery of Trump stories that should scare the daylights out of even low information Trump voters.

The weirdest story mirrors the Democratic Party's hacker problem that has oddly reared its head in this years election:

The Hill: Newsweek is suggesting a digital attack that knocked down its website Thursday night may have been designed to thwart a story about Donald Trump. “Last night we were on the receiving end of what our IT chief called a 'massive' DoS (denial of service) attack,” said editor-in-chief Jim Impoco in a statement.  "As with any DDoS attack, there are lots of IP addresses, but the main ones are Russian, though that in itself does not prove anything. We are still investigating," Impoco added.

Looks like someone didn't want the public to this: Newsweek: Documents show that the Trump company spent a minimum of $68,000 for its 1998 foray into Cuba at a time when the corporate expenditure of even a penny in the Caribbean country was prohibited without U.S. government approval. But the company did not spend the money directly. Instead, with Trump’s knowledge, executives funneled the cash for the Cuba trip through an American consulting firm called Seven Arrows Investment and Development Corp. Once the business consultants traveled to the island and incurred the expenses for the venture, Seven Arrows instructed senior officers with Trump’s company—then called Trump Hotels & Casino Resorts—how to make it appear legal by linking it after the fact to a charitable effort

I've screen captured a number of the reports to save space and hours of wasted time...this is an unrelenting daily thing. It's no secret Trump supporters care more about shoving Trump in our face, real grownup like, than being frightened by the dangerous careless rhetoric of their candidate: 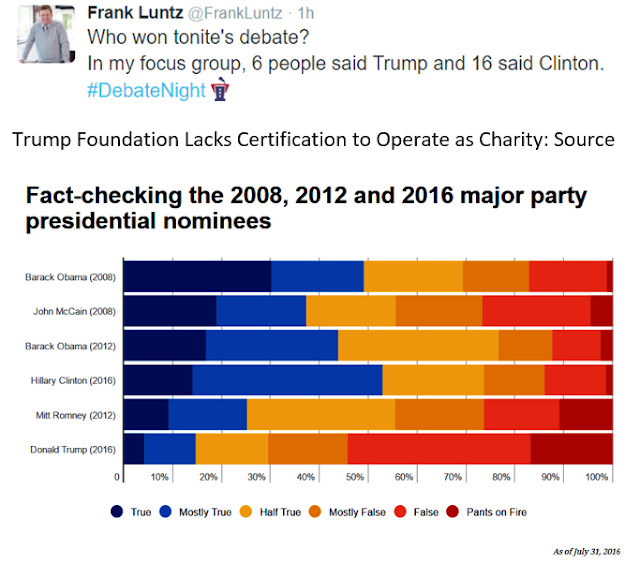 The Wall Street Journal blasted Trump in its endorsement of Clinton:

“No one witnessing Mr. Trump’s primary race — his accumulation of Alt-Right cheerleaders, white supremacists and swastika devotees — could fail to notice the menacing tone and the bitterness that came with it.” 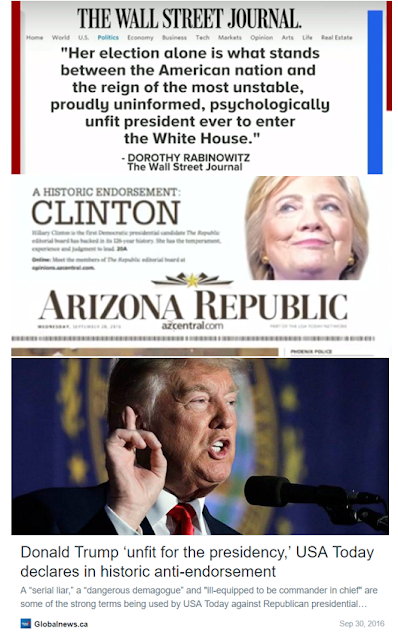 And this endorsement just came in....

"Terrible leaders can knock nations off course,” the editors added. "Venezuela is falling apart because of the obstinance [sic] and delusions of [former Venezuelan leader] Hugo Chavez and his successor.
Argentina is finally coming apart out of the chaos created by [former Argentine leader] Cristina Kirchner and several of her predecessors. Trump could be our Chavez, our Kirchner. We cannot take that risk.” 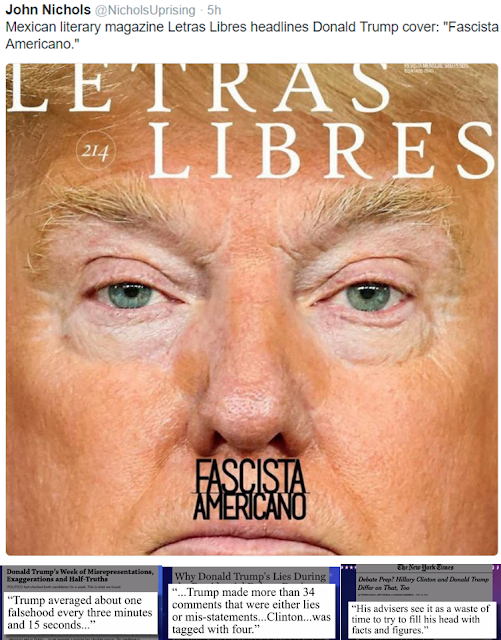 And don't forget the local yokels, like the kind words below from Rep. Robin Vos, always a good judge of character: 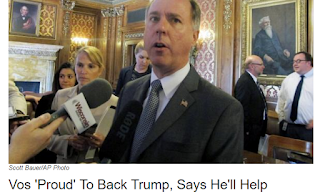 I found this video of Hillary Clinton's "shimmy" during the debate. Not sure whether I like it or just becoming more desensitized to the dreck featured on Facebook...