NJ Republican candidate tells reporter, "Hope. You. Get. Raped. By. A. Syrian. Refugee. :)"

Republicans really think like this...all the time (see picture below). This is the rhetoric I get from numerous blog trolls, hitting on multiple points all at once, pretending they somehow relate.

This directly ties in with a previous post where former reporter Soledad O'Brien accused the media of "normalizing" white supremacy and bigotry. Her comments should stop the news media in its tracks, forcing a change. Yea, like that'll happen:


Mike Krawitz, a New Jersey Republican who is running for a spot on the West Deptford Township Committee this fall, told Daily Beast reporter Olivia Nuzzi on Facebook that he hopes she gets raped by a Syrian refugee. 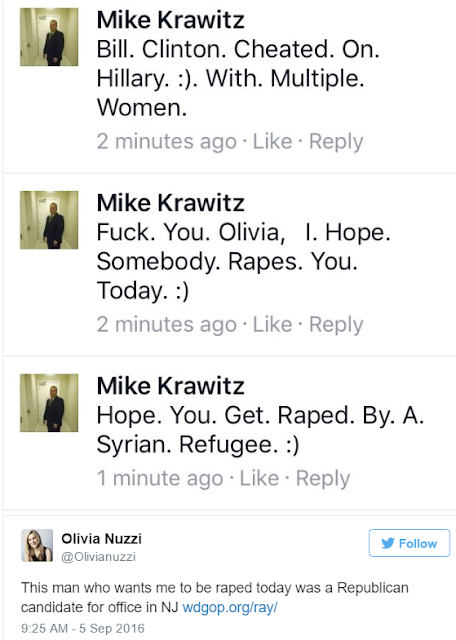 But that's not all, Krawitz seems to have an unhealthy admiration for...another man, Trump. I think Martin Freeman is an incredible actor, but you won't find one picture of him on my Facebook page, much less a bizarre collage like the one below: 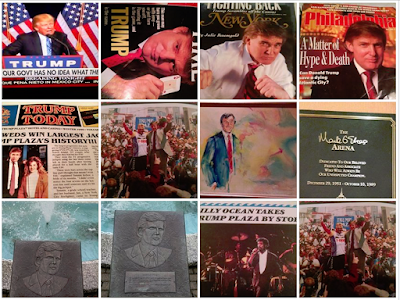