The Mitt Romney "I know you are but what am I" Presidential Campaign...believe it or not.

Republicans continue to con the public by simply blaming the Democrats for everything the Romney/Ryan ticket is doing wrong or lying about. From the USA Today:


"There are plenty of weaknesses that I have, and I acknowledge that," Romney says. "But the attacks that have come have been so misguided, have been so far off target, have been so dishonest, that they surprised me. I thought they might go after me on things that were accurate that I've done wrong, instead of absurd things."

Really, like the absurd things the Romney campaign has said about the Obama administration? 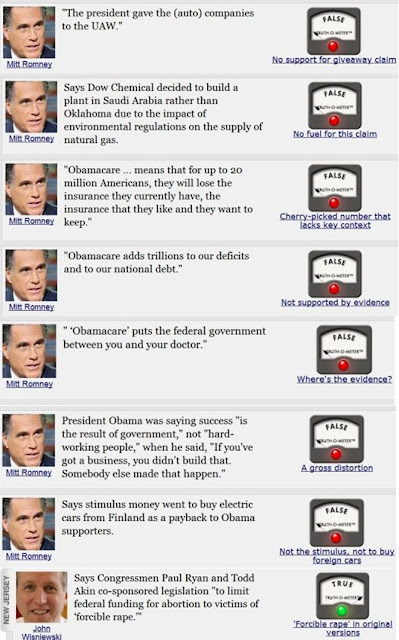