From Dogs Against Romney: 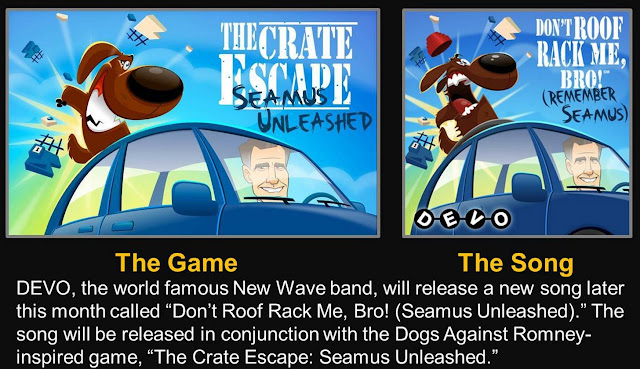 The single, Don't Roof Rack Me, Bro (Seamus Unleashed), will be released on Aug. 26, the day before the Republican National Convention begins in Tampa. It also happens to be National Dog Day.

The story of Seamus and the Romney road trip initially came to light during the Republican's first presidential campaign. But it has taken a life of its own this time around. President Obama even made a reference to the dog story earlier this week as he criticized Romney on energy issues.

"As an animal lover, I felt I had to get involved," said Gerald Casale, founder of the music group best known for its 1980 hit, Whip It.