Dennis Smith Sleeps with a Married Employee who’s nearly burned to death by her Husband?

There are two stories here, but really, for the purposes of this blog just one.

The Republican guy in charge of health care in this state, Dennis Smith, is allegedly screwing another man’s wife, Mary Spear, who is also a subordinate and chief legal counsel in the same department. Her boss.

That’s the kind of person Scott Walker personally picked for the Department of Health Services, apparently for Smith’s strong qualifications and moral character. Yeah, chalk up another bad choice, like the people in the John Doe investigation. Here’s the story leading up to these shocking revelations: 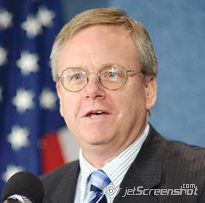 WSJ: A retired Texas businessman was charged with attempted murder Tuesday for allegedly pouring gasoline on his wife at an East Side storage locker then igniting the gas with a lighter. "You're gonna die in here and nobody will never know," he told her, according to the complaint. "They'll never find your body."

Andrew Spear was alternately despondent and threatening over his belief that his wife was having an affair with her boss, state Department of Health Services Secretary Dennis Smith, according to the complaint. Mary Spear, who told police that Smith is a longtime friend, is the chief legal counsel for DHS. According to the complaint, she denied to her husband the affair but later told him that she loved him and was sorry that she had lied to him.

So there you have it. Another Walker pick caught up in more unprofessional behavior sleeping with an employee who was married that nearly resulted in her death.