RNC Continues to Scare Base, claiming: “This may be our last chance to save America.” Guess they’re about 10 years to late…? 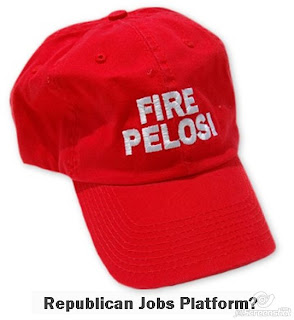 On a platform of jobs, jobs, jobs, RNC chief Michael Steele utters the now horrifying name, "PELOSI," sending a shudder across the paranoid base of doom and gloomers convinced the Democrats are destroying America. It's time to burn the witch...

Republican National Committee Chairman Michael S. Steele told members of the committee meeting in Kansas City that he will embark on a national bus tour to rev up party energy in the weeks leading up to the November congressional midterm elections. As staff pulled a sheet off a picture of the red bus--with the words "Need a Job? Fire Pelosi!" on its side--Steele exhorted the 168 committee members to "Get on the bus!"

He spoke after the airing of a dramatic video, which opened with a narrator declaring "values that made America great are under assault by the most radical administration in American history" and concluded with Steele declaring "This may be our last chance to save America."