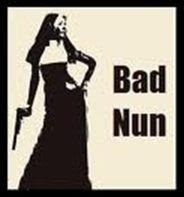 You really have to wonder how grotesque our God must be, aided and abetted by his often misquoted/misinterpreted “New Testament” son Jesus, to accept as true the crap his followers spread about him. Like Sister Mary Ann Walsh. According to Walsh:

In her over the top generalizations and sweeping bigoted conclusions, she writes:

The decision called California citizens' decision to define marriage as "irrational," which suggests that their decision was absurd and beyond the pale. What's really irrational is the judge's dismissal of marriage between a man and a woman - the basic bedrock of our society - as if it were some kookie idea.

Yes, that’s exactly what federal Judge Vaughn R. Walker must have said, when he wrote that California's Proposition 8 "fails to advance any rational basis in singling out gay men and lesbians for denial of a marriage license. Indeed, the evidence shows Proposition 8 does nothing more than enshrine in the California Constitution the notion that opposite-sex couples are superior to same-sex couples."
The word “kookie,” referring to heterosexual marriages, must be somewhere in the 138 page ruling. If not, I’m sure that’s what he meant. But even then, how can anyone ignore public sentiment?

Sister Mary Ann Walsh: “What's irrational is his ignoring the will of the people…”

Even if it violated the U.S. Constitution's 14th Amendment guarantees of due process and equal protection? Sure, because God’s supposed idea of marriage overrules man’s petty laws.

Archbishop Joseph Kurtz, chairman of the U.S. bishops' Ad Hoc Committee for the Defense of Marriage, was spot on when he declared that "marriage is more fundamental and essential to the well being of society than perhaps any other institution.

Yes, without religion, we never would have had this thing called “marriage.” Seems we’ve heard this argument before in the debate over which came first, the Ten Commandments or the ability of human morality to determine right and wrong.
The flying (monkey) Nun then made an error of her own, when she clearly misrepresented the Catholic church:

But who lying now…

Excerpts from Vatican Document on Legal Recognition of Homosexual Unions (Nov 22, 2009): There are absolutely no grounds for considering homosexual unions to be “in any way similar or even remotely analogous to God’s plan for marriage and family”; “homosexual acts go against the natural moral law” and “[u]nder no circumstances can * * * be approved”; “[t]he homosexual inclination is * * * objectively disordered and homosexual practices are sins gravely contrary to chastity”; “[a]llowing children to be adopted by persons living in such unions would actually mean doing violence to these children”; and “legal recognition of homosexual unions * * * would mean * * * the approval of deviant behavior.”