Forget about Republicans, Democrats and Tea Partiers. It’s the “No One is Listening to Us” Party of Whiny Conservative Election Losers 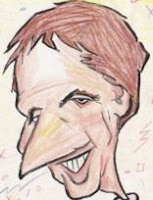 Democrats still don’t get it. And it's at their own peril. Republicans are always saying “that’s not what American wants” or “the American people think blah, blah, blah.”
All the while tea party protesters stamp their feet like bratty little kids trying to get someone’s attention, complaining “No One is Listening to Us.”
This is the new politics. Win or lose, conservatives expect to have government to be done their way. And if we don't give in, we're not listening. Which really means you’re not listening to “all” Americans, the freedom and liberty loving kind. For example,

The Las Vegas Review Journal quotes Angle spox Jarrod Agen: Agen also criticized Reid for playing the God card in the Senate race. He said Angle's point was that the Obama administration had become "all powerful" by passing legislation over the objections of a majority of Nevadans and Americans, including the health care law and divisive stimulus spending.

How inconsiderate of Obama and Congress to pass legislation over the objections of a “majority” of Nevadans and Americans. After a year of repeated health care reform lying, a fear tactic that never fails to create doubt, lawmakers still passed reform because that’s what the Democratic Party promised in the 2008 elections. That’s why Democrats were elected, by a majority of Americans I might add.
But the new conservative political party, “No One is Listening to Us,” wants it their way every day.
As far as Sharron Angle’s claim that Obama and Democrats were trying to turn government into our God, a statement now disputed by Angle's campaign, I found this interesting perspective. Quote:

Washington Post: ANGLE: "And these programs that you mentioned -- that Obama has going with Reid and Pelosi pushing them forward -- all entitlement programs built to make government our God. And that's really what's happening in this country is a violation of the First Commandment. We have become a country entrenched in idolatry, and that idolatry is the dependency upon our government. We're supposed to depend upon God for our protection and our provision and for our daily bread, not for our government."

Now the Angle campaign is … arguing that Obama's legislative agenda, passed over public opposition, showed he thinks he's "all powerful."

Angle wasn't merely claiming Obama thinks he's "all powerful." If you reread Angle's original quotes, there's simply no doubt that she meant them literally. She was not making a figurative point about Obama's inflated sense of himself as some kind of deity. She clearly accused Obama and Dems of trying to "make government our God," and denounced the result of that nefarious plot as "a violation of the First Commandment."

LIke it or not, that's what the woman said.