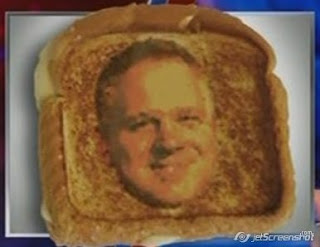 The American embarrassment we know as Glenn Beck attracted 350.000 of the religious “gullible’s,” to take our country back to a time that never existed, when we were considered a Christian nation. The elitist view of these “real American’s,” is that they hold the key to our national salvation through God. It is one hell of a scary message to send out to the rest of the world.

Washington Post: …intended to reclaim the mantle of the civil rights movement from politics for "people of faith."

Choosing what part of MLK’s movement to ignore, Beck plucked out as wrong King's most important message, an "economic bill of rights." Fox News’ Chris Wallace pointed that out. (video to come).

Beck said he didn't agree with King's calls for economic justice. "The real
agenda should be equal justice, an equal shot," Beck said.

And after reaping the benefits of stoking racism and white anger with his accusation that Obama was a racist, Beck conveniently backed off the claim, replacing it with a projection of conservative victimhood.

"The conservative commentator said he regretted his infamous comments that President Obama is a "racist" with a "deep-seated hatred of white people." He said he was "miscasting as racism" the president's "liberation theology" ideology, which he said relies on the lens of "oppressor and victim" to understand the world.

Beck said Obama made the case in a speech to students that "your salvation is directly tied to collective salvation," which Beck said was "a direct opposite of what the gospel talks about ... Jesus came for personal salvation." Beck said "people aren't recognizing [Obama's] version of Christianity."

It appears many religious conservatives, waving the flag for God and country, are actually teaching a radicalized form of Christianity. I don’t recall any passages that show Jesus berating the hungry and poor for not trying hard enough to find a job or to make more money. I do recall him getting down on the wealthy’s expectation of getting a “free pass out of hell card,” where he said something about a camel passing through the eye of a needle…?

NY Times: An enormous and impassioned crowd rallied at the steps of the Lincoln Memorial … summoned by Glenn Beck, a conservative broadcaster who called for a religious rebirth in America at the site where the Rev. Dr. Martin Luther King Jr. delivered his famous “I Have a Dream” speech 47 years ago to the day. Beck said “America today begins to turn back to God.” …the rally was overtly religious, filled with gospel music and speeches that were more like sermons … Beck said “This country has spent far too long worrying about scars and thinking about scars and concentrating on scars. Today, we are going to concentrate on the good things in America … Beck was followed on stage by Sarah Palin, “Say what you want to say about me, but I raised a combat vet, and you can’t take that away from me,”

Becky Benson, 56, traveled from Orlando, Fla., because, she said, “we believe in Jesus Christ, and he is our savior.” Jesus, she said, would not have agreed with what she called the redistribution of wealth in the form of the economic stimulus package, bank bailouts and welfare. “You cannot sit and expect someone to hand out to you,” she said.

Ignoring a time in American history when there were no safety nets, and the elderly were swept into poverty:

People in the crowd echoed his ideas, saying that “progressives” were moving the country toward socialism and that the country must get back to a strict interpretation of the Constitution, which would limit the role of the federal government and do away with entitlement programs.

More revealing is Beck’s fearful rant that we no longer have principles and values after a year and a half of Obama:

“My role, as I see it, is to wake America up to the backsliding of principles and values and most of all of God,” he said. “We are a country of God. As I look at the problems in our country, quite honestly, I think the hot breath of destruction is breathing on our necks and to fix it politically is a figure that I don’t see anywhere.”