Health Care Reform Adds 12 Years to Medicare's Solvency. Not if the Republicans can help it... 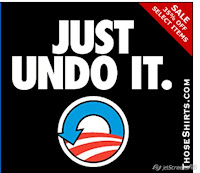 Uh oh, bad news is filtering down to the Republicans, who are planning feverishly with Rep. Paul Ryan, for the eventual demise of the New Deal. Health care reforms "repeal and replace" has now become more urgent:

NY Times: Medicare will remain financially solvent for 12 years longer than projected a year ago — until 2029 — because of the cost-cutting measures in President Obama’s recently enacted health care legislation, the program’s trustees reported on Thursday.

Medicare’s hospital insurance trust fund should remain solvent until 2029, or 12 years more than projected in last year’s report, the trustees said. The long-term, 75-year shortfall for the hospital fund also is reduced, as are the projected costs of the separate Medicare Supplementary Insurance program.

Update, August 12, 2010: I thought this exchange over the above story on Facebook was relevent to the argument.

Yet anther bill that was never read that went against the will of the American People... November .,.. I can see it from my house!

Me, the voice of reason:

Your point is...Republicans never read the bill? Since the Democrats wrote and negotiated the bill to passage, is it their fault the GOP decided it was "too long?"

Maybe conservatives should tell the kids not to read their assigned novels in school because of the page count.

And of course, saving Medicare for another 12 years is a bad thing. You forget, the Democrats ran on health care reform, got elected, by the will of the majority of Americans. Guess we should have all believed the death panel scare tactics like the now invisible "tea parties."

Turning public opinion against reform with complete bullshit should not be measure of "the will of the people."