The Truth about Walker's "Crap" Budget.

In my opinion, The Progressive's Ruth Conniff is one of the most powerful liberal voices in the media right now. Her well framed and concise analysis is a refreshing break from the chaotic ramblings of most progressives. 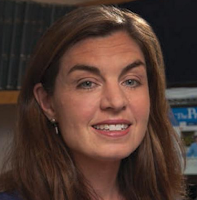 Conniff offered up the following straight forward look Scott Walker's budget "crap" in the latest Isthmus. Democrats would be wise to use the same style of common sense messaging, and drop the cliches:


The budget was 12 days late, garnered more “no” votes from Walker’s GOP colleagues than any other budget he has tried to pass, and was described by at least two Republicans in the state Legislature as “crap.”

The budget he signed reflects the two main themes of his political career: destroying public institutions, from schools to parks, and eliminating oversight and accountability when it comes to spending public funds … a state budget Assembly Minority Leader Peter Barca (D-Kenosha) aptly described as throwing the people of Wisconsin under Walker’s campaign bus.

Here is a prime example: The state budget expands a school voucher program that, after 25 years, has not improved academic outcomes for children in Milwaukee. Instead of demanding better results, the new budget eliminates the requirement that voucher school students take the same standardized tests as students in the regular public schools.

To deal with the bad news about WEDC and other examples of cronyism and shady dealings, some unnamed person inserted a provision in the budget to make state government impervious to open records requests.

Then there were the goodies like getting rid of the wage floor for construction workers (Walker issued a special statement proudly announcing that his budget rolls back this New Deal-era protection for workers) and repealing the weekend so employees can “volunteer” to work seven days in a row.