It's a funny thing when a state supreme court justice declares someone innocent before ever knowing if that was true or not:

WISC: On a 4-2 vote (the majority coming from the Wisconsin Supreme Court's four conservatives), has ordered an end to a wide-ranging and secret probe into alleged election law violations during the Republican Gov. Scott Walker's 2012 recall campaign.

Justice Michael Gableman, writing for the majority wrote, "It is utterly clear that the special prosecutor has employed theories of law that do not exist in order to investigate citizens who were wholly innocent of any wrongdoing. Let one point be clear: our conclusion today ends this unconstitutional John Doe investigation," Gableman wrote ... found a key section of Wisconsin's campaign finance law is "unconstitutionally overbroad and vague."

The court ordered all all property seized in the investigation returned to its owners and all copies of evidence destroyed.

Justice Shirley Abrahamson, our former Chief Justice until Republican legislators targeted her and tossed her out, summed it up well when she wrote, "the majority opinion's theme is 'Anything Goes,'" and that we'll never know if the individuals involved were guilty or innocent. jsonline: 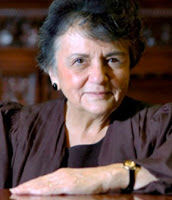 “The majority opinion will deny the people of this state the opportunity to determine once and for all whether the targets of the John Doe investigation are guilty of systematically violating Wisconsin's campaign finance law through undisclosed campaign coordination. The majority opinion adopts an unprecedented and faulty interpretation of Wisconsin's campaign finance law and of the First Amendment.'"

Of course more liberal justices can't be trusted or believed, so may I present to you a conservative special prosecutor:

Francis Schmitz, the (Republican) special prosecutor leading the investigation, has written in court papers that one or more of the justices should not have participated in the case because the groups being investigated had spent millions of dollars to help elect those justices. None of those justices agreed to step aside.

So how much money did each litigant spend to elect and influence the court's conservative justices?

The justices … say political spending on its own is not enough to force a justice off a case.

So money doesn’t have a corrupting, or even slight influence over our elected officials, which is what Citizens United was all about? Sure, and the SCOTUS even said so in 2009 in a West Virginia case.

Keep in mind, Walker told contributors that if they wanted to keep their identities secret, they should send their money to the Wisconsin Club for Growth. Nothing wrong there, right?


jsonline: "The Governor is encouraging all to invest in the Wisconsin Club for Growth," said an April 28, 2011, email from Kate Doner, a Walker campaign consultant, to R.J. Johnson, an adviser to Walker's campaign and the advocacy group. "Wisconsin Club for Growth can accept corporate and personal donations without limitations and no donors disclosure ... As the Governor discussed ... he wants all the issue advocacy efforts run thru one group to ensure correct messaging,"

Why conservative voters aren’t outraged is a mystery to me, unless they think Republicans will never lose power in the state. Personally, this power grab may benefit Democrats in the long run if they fully utilize the structure and dominance the GOP is cluelessly putting in place:

Republicans who control the Legislature have put on their agenda plans to rewrite campaign finance laws, overhaul how John Doe probes are conducted and restructure the Government Accountability Board. They have been waiting for the court decisions before advancing those bills and could take them up this fall.