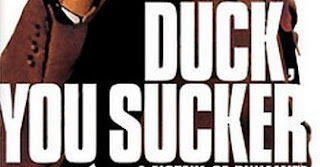 Uncertainty...over taxed...discouraging the job creators...blah, blah, blah. Those same bizarre arguments are now being made to Congressional Republicans against state taxes paid by corporations.
After corporations conquered the states with their ideologically pliant Republican governors and legislatures, those same interests are pushing tax cuts on a federal level, undercutting state revenues and their bottom lines.
Sweet justice! This is an amazing story. Need proof the corporate takeover of America is aided by the Great Recession and “disaster capitalism.” Take a look at the line forming in front of the door of at your nearest corporate welfare office.

Governing: Bills that would restrict the way state and local governments tax businesses now have more momentum than they've enjoyed in the past … State and local leaders say that could compound their fiscal straits … Washington policies that tie their hands could jeopardize that balance.

Cellular providers are pushing for a law that could prevent state and local governments from increasing taxes on their service for five years … Another bill would force localities to stop taxing rental cars at a rate higher than any other type of rental product … Satellite television providers argue that they’re being unfairly taxed at the same rate as cable providers, backing bipartisan legislation to reduce their state and local tax burden.

State leaders tell Governing that since they’ve already made deep cuts … Most likely to take the hit would be small, in-state businesses that lack the resources to fight for special tax status.

The strategy represents a departure from another industry tactic: pushing business-friendly legislation through state legislatures. Now, with states trying desperately to protect their revenue streams, industry associations are making an end-run to Congress, which wouldn’t have to deal with the fallout of the tax restrictions and is happy to enjoy the political benefit of lowering taxes.

State leaders say that Republican legislators -- who typically portray themselves as the protectors of state sovereignty -- are ironically undermining the states by intruding into their authority.

The Republican talking points are now being used against…Republicans!!!

An aid with the House Judiciary Committee says the bills … are designed to prevent a state from “discriminatorily taxing employees and businesses that have little connection to the state.”

Again, I’m am really enjoying this in an unhealthy way. Here are more familiar conservative talking points, now being used against state Republicans.

Backers of the bills also argue that businesses are reluctant to expand and invest because of the uncertainly of their future tax burdens. Simplifying those tax systems, they argue, would help those businesses gain the confidence to expand and create jobs.

The biggest threat to states and localities is the Business Activity Tax Simplification Act … The bill prevents a state from imposing various taxes on a business that lacks a physical presence within its borders. But states vehemently oppose the proposal. The Congressional Budget Office estimated that a 2006 version of the bill would cost states and localities $3 billion annually, since businesses would intentionally restructure their operations to avoid taxation (state collected about $642 billion in general fund revenue in FY 2011).

Under BATSA, many activities corporations already conduct would no longer be taxable, according to the influential Center for Budget and Policy Priorities. For example, an out-of-state restaurant franchisor like Pizza Hut wouldn't be taxable in a state, regardless of how many franchisees it had, nor would an out-of-state bank, even if it hired independent contractors to process loans. Opponents argue that the bill provides a roadmap to companies seeking to avoid paying state business activity taxes altogether and would be a net-loss to the states.