Republican State Sen. Jake Knotts calls fellow GOP'er and Gubernatorial candidate a RAGHEAD! "We already got one raghead in the WH." 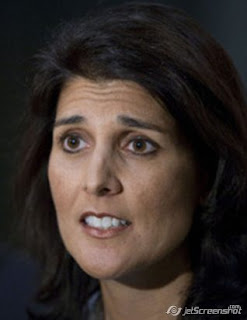 Should the following story come as any surprise from the party of institutionalized racism? Oh, they're not racist, it just sounds like they are...! The following is so over the top it's stunning:

The term is a slur typically used against Arabs or other ethnic groups who wear turbans or headdresses. Haley, a state representative from Lexington, is the child of Indian immigrants.

"We already got one raghead in the White House," Knotts said. "We don't need another in the Governor's Mansion."